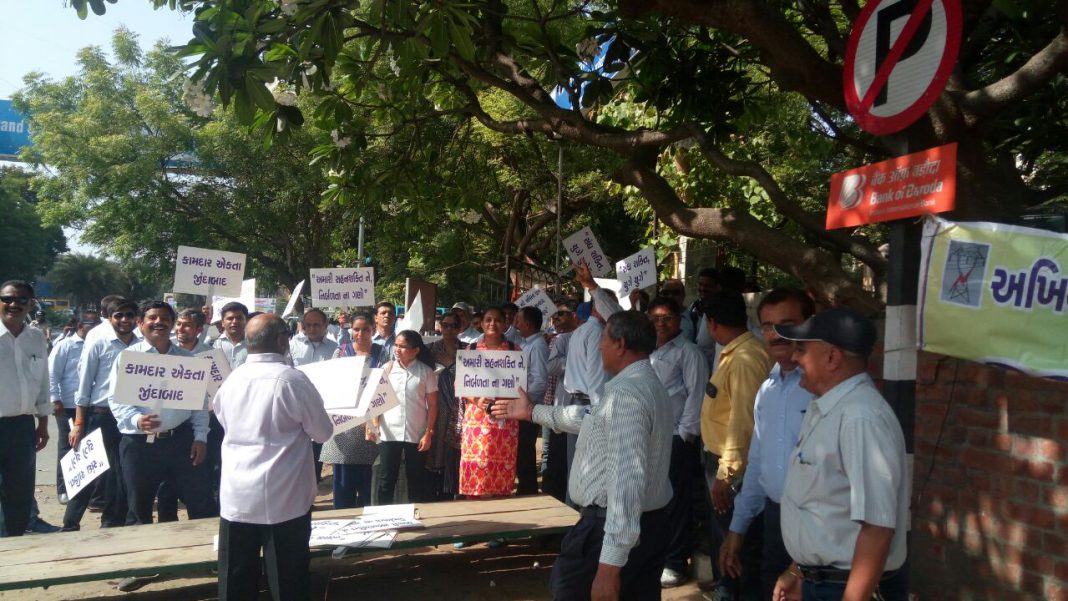 In view of their unresolved issues and demands GUVNL employees on Tuesday raised their protest at Race Course circle in Vadodara. They request the government to solve their issues at the earliest. 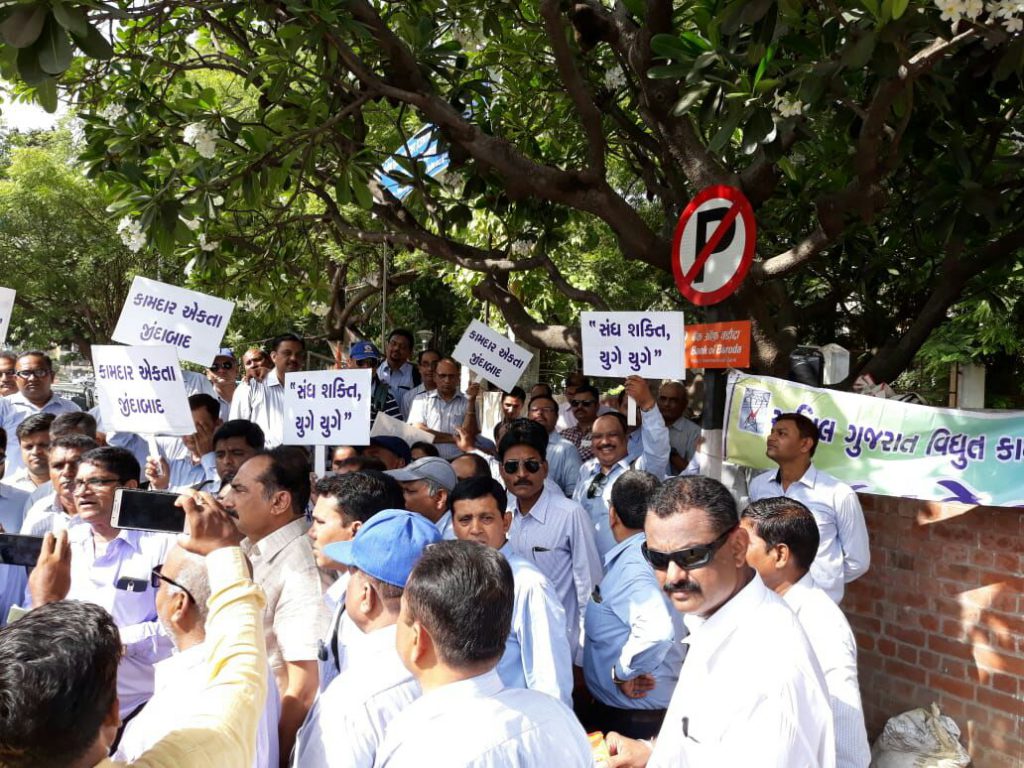 Employees of Akhil Gujarat Vidyut Kamdaar Sangh gathered at the GUVNL office at the Racecourse area on Tuesday and raised their demand before the government. They put forward their demands like the arrears under 7th Pay Commission for more than 50,000 employees, stipend to 5000 Vidyut Sahayaks and protest against the government. 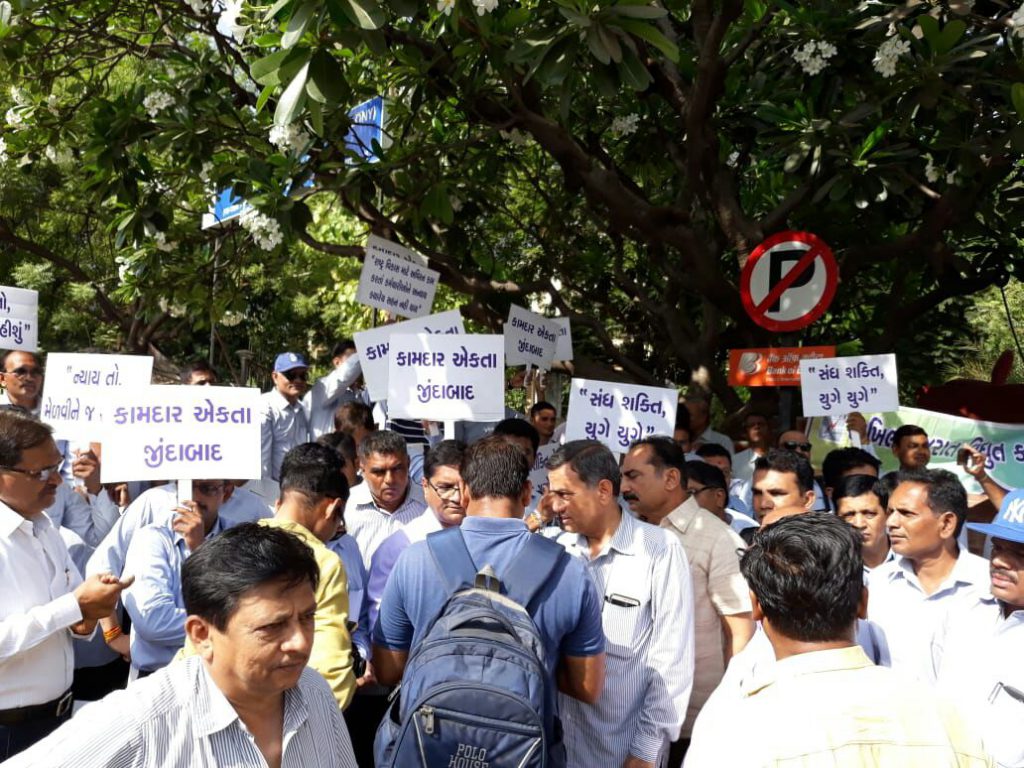 Association General Secretary Girish Joshi, Vice President Suman Patel, Joint President Raman Prajapati, Deputy President Himanshu Brahmbhatt and General Secretary Ashish Sawant were among present in the programme. They all put forward their demands and request the government to resolve the issues at the earliest. They also threaten to aggressive protest in future if the matter is not resolved.