Connect Gujarat
#Beyond Just News
More
Home India Meet Gaurav and Rishi as they unveil their mistaken identity in these... 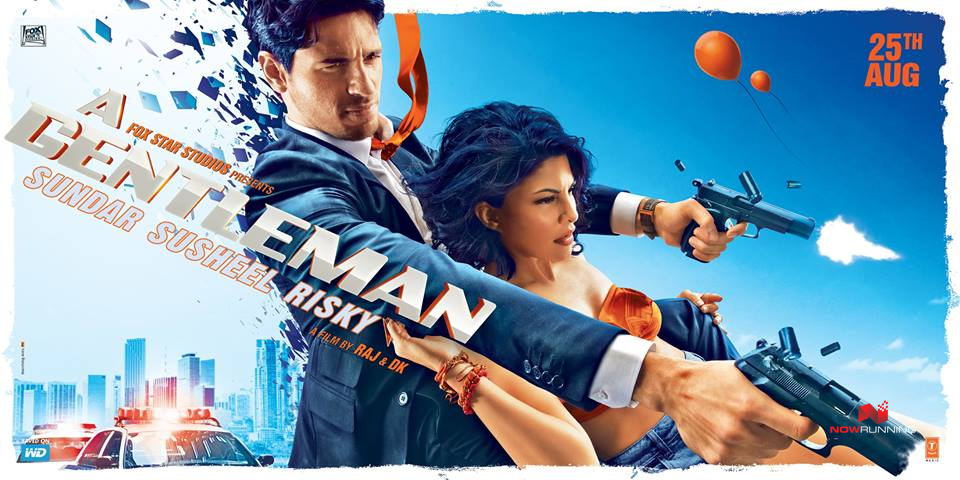 ‘A Gentleman: Sundar, Susheel Risky’ would showcase Sidharth Malhotra in a double role. One as the Sundar and Susheel Gaurav and other of Sundar and Risky Rishi. The makers of the film have released BTS videos from the film captivating the interest of the audience.

The first video introduces us to the Sundar and Risky Rishi.From the looks of it, Rishi looks like a tough, ‘Don’t mess with me’ guy. Revealing the action side of the character, Directors said, “Rishi has action in his life, more action than he would care for.”

Sidharth Malhotra states that Rishi has an aggressive, risky side to him. While Jacqueline Fernandez is simply in love with him as she says, “I’ll probably date him.”

On the other hand, The second video presents the Sundar and Susheel Gaurav. Talking about Gaurav, Sidharth Malhotra shared, that he likes the simplicity of the character. Also, Gaurav is clear headed, single minded, happy and a calm guy.

Jacqueline Fernandez who was not fond of Gaurav in the trailer found liking for the character,” I like Gaurav, I actually like him because he is funny.”

Gaurav is like one of us as he desires simple pleasures in life that every normal person wishes for like a good house, good food a girlfriend that would eventually be his wife.

The directors of the film, Raj and Krishna D.K. describe Gaurav as the happy settled content guy that people relate too, a typical NRI.

Sidharth Malhotra also revealed that Gaurav has an OCD. The actor shared that Gaurav likes to do the household things and if there’s anything he would like to learn from him is to cook a meal and clean the house because his mum would be happy.

That’s the sweet and ideal guy Gaurav and the completely opposite Rishi.

The actors shared the videos on the social media. While Sidharth Malhotra acquainted us with Gaurav, Jacqueline Fernandez introduced Rishi.

The videos have put forth the two characters leaving us anticipated to unveil this mistaken identity.

The action comedy stars Sidharth Malhotra and Jacqueline Fernandez in lead roles. The actors have been actively indulging the audience into the new contents from the film by posting updates on social media.

Sidharth Malhotra and Jacqueline Fernandez have once again treated the audience with a video giving insights into the lives of Gaurav and Rishi.

With such intriguing details, the wait for the film is getting difficult with every passing day. The trailer of the film got everyone hooked with its the perfect proportion of action, comedy, romance, and thrill that form for the perfect blockbuster.

While the trailer is generating curiosity, the songs are ruling the charts. ‘Disco Disco’, ‘Baat ban Jaye’ and ‘Chandralekha’ have found a liking in the audiences and the makers are treating them with new contents.

Produced by Fox Star Studios, ‘A Gentleman’ is directed by directors Raj & D.K and is all set to release on August 25th, 2017.