More
Home Gujarat Garba in protest by the NHM employees 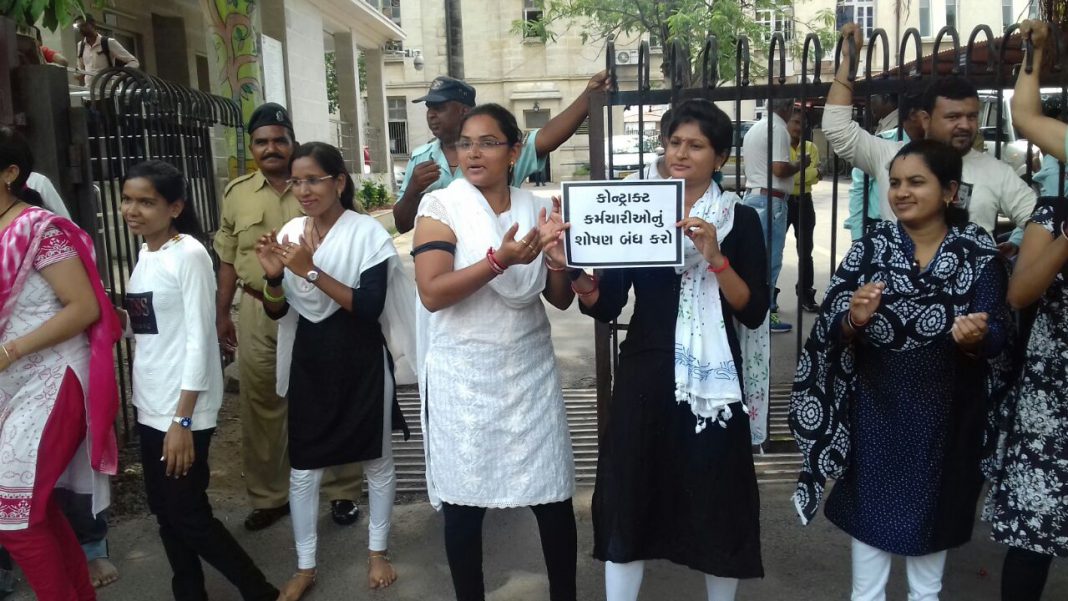 Employees working under NHM project in the VMSS office are on strike for the last six days and press their demands before the administration. On Friday they protest in a unique way and play garba inside. For half n hour they play garba with posters and dance to the tunes of garba which creates a Navratri like ambiance.

The employees like pharmacist, technician, nursing staff, LHV, administration staff and peons are working under 11 months contract in the NHM project for years. They demand to make them permanent and the salary will be according to the work. With their demands they are on strike from 18th September.

Garba in protest by the NHM employees
1 of 11

Earlier they sit outside the collector office for their demands and give a memorandum in this regard to the collector. But their questions were not adressd and they move to the VMSS office building and protest there.

On Friday they protest in something unique way and play garba with posters in their hands. They dance about half n hour inside the compound and the whole area turned into a garba like venue.

Employees union president Chandrika Solanki said that the protest will continue till their demands fulfilled. They organise a garba in view of the ongoing Navratri festival and wish Maa Durga gives some brain to the authorities to solve their problems.

She further said that they work just like the regular employees and also not getting the salaries. So they demand to make them permanent and provide equal salary as per the work.