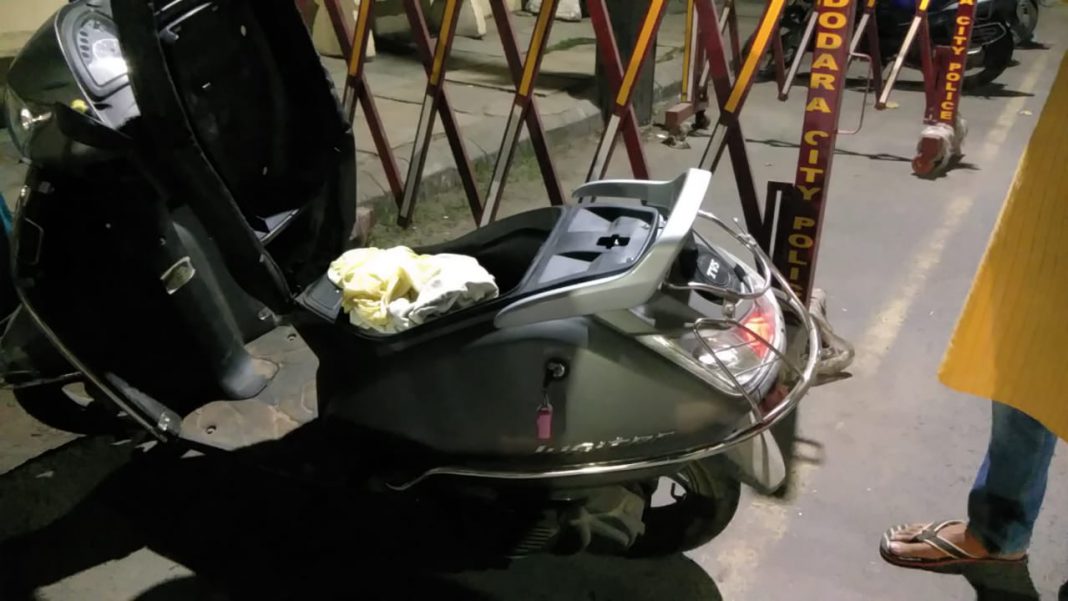 Vadodara is fully in grip with the Navratri fever and people are enjoying the festival to the fullest. However for many the enthusiasm turned sour as they lost their valuables while playing garba inside the ground.

Such a incident came to light in Vadodara where the garba players complained about lost their belongings kept inside the deki of their vehicles. The incident happened in Kalanagri garba mahotsav on Thursday night where the players shocked to find their items missing after playing garba.

They kept their mobiles, cash and other valuables inside the deki of their vehicles but after return back they check and found the items are missing from there. They said after paid the parking security fees to the organisers they still lost their valuables. The players gives a complaint in this regard in Raopura police station.

“We paid 10rs as parking security fees to the organisers and keep our valuables like mobiles, cash inside the deki of two wheelers. However to our shock the valuables are missing from the place after we return back from the ground. I lost 3650rs, licence and RC book kept inside my two wheeler. Around 8 to 10 people also complained of the same thing. I gave a complaint to the police in this regard and request them to do the needful,” said Viral Panchal.