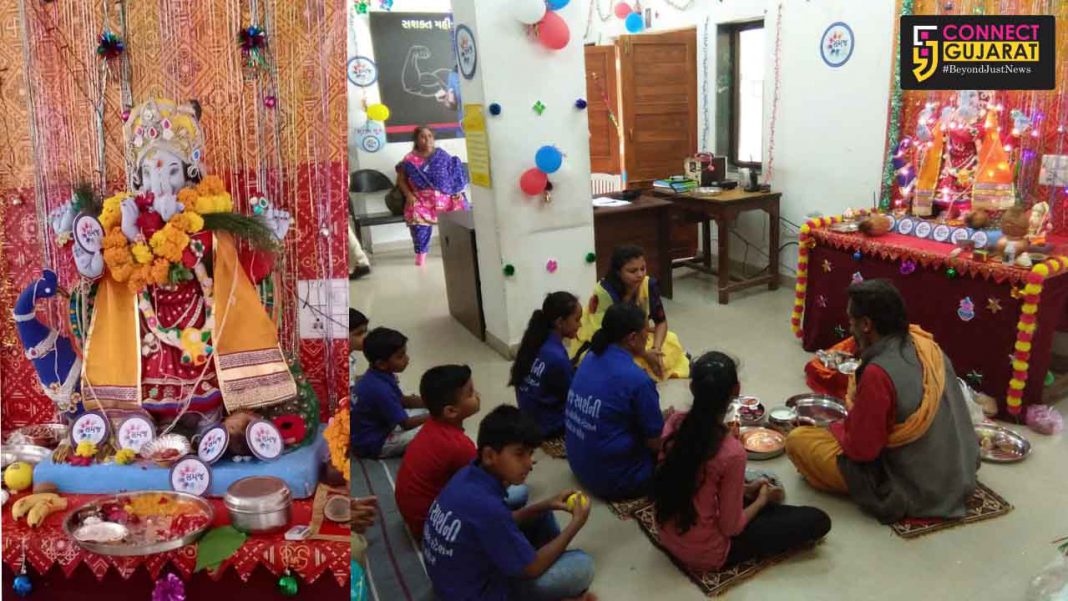 Ganeshotsav in Vadodara is known for its splendor as well as the perfect platform to spread the social messages to the devotees. Samajh Sparsh Ki is one such campaign which helped sensitize children about sexual harassment. This year the Mahila police station install the Ganesha inside the office to sensitize people about the Good Touch Bad Touch and spread awareness in a more effective way.

The initiative was started by Vadodara DCP Zone 4 Saroj Kumari and tirelessly spread awareness in people about Good Touch Bad Touch through various programmes. To spread the message in more effective way the team installed Ganesha inside their police station in this year Ganeshotsav. The aim is to aware the husband wife, children and visitors about the campaign and they inspire others.

To prevent crime against children, sexual harassment the teams organize programs in every festival to aware people and help stop such crimes. Through this medium they can convey the message of “Good touch bed touch” to everyone.  In Vadodara programs about touching in schools, colleges and universities is organized time to time by the teams and spread the message.   Similarly they spread awareness to people in different festivals like Raksha Bandhan, Navratri, Gaurivrat, Garba Grounds, Gardens, Hospitals, Institutes, Mental Hospital and also to the International Tennis Teams visited the city recently.

Till now, a total of 1,87,797 have been informed about the GoodTouch BadTouch by the Understanding Touch program and to inspire more people and prevent rising crime in the city the initiative is taken up at every festival to reach the larger audience. This year Ganesha Idol installed inside the Mahila police station will give the message to the devotees visit for the darshan.