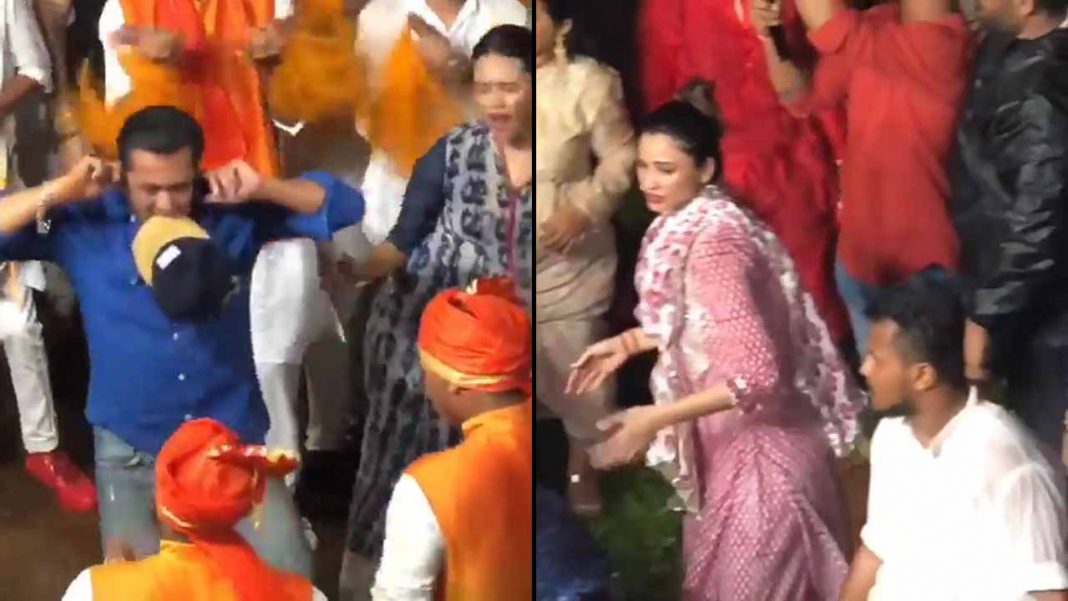 After celebrating Ganesh Chaturthi together on Monday, actor Salman Khan and his family gave a  massive good bye  to Ganpati on Tuesday. In a new viral video, Salman can be seen dancing at the visarjan.

In the viral video, Salman can be seen covering his ears from the loud music. Also seen dancing with him were actors Swara Bhasker and Daisy Shah. This year again, the festival was celebrated at the residence of Salman’s sister, Arpita Khan Sharma.

Other videos from puja and aarti were also shared online. Salman’s mother Salma can be seen doing the aarti. Salman is been seen standing at one end of the frame holding Arpita’s son Ahil in his arms. In another video, Salman and Ahil do the aarti together.