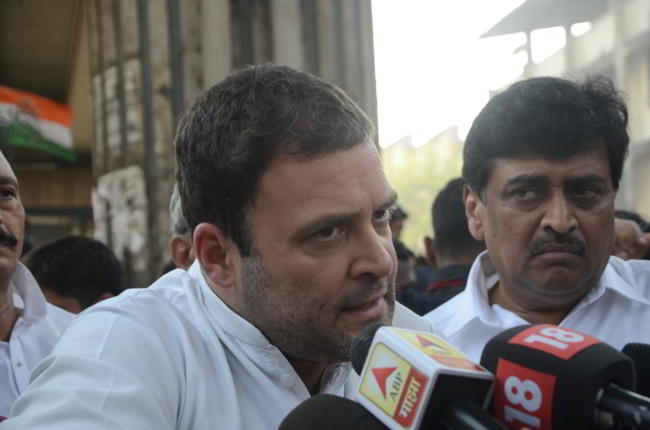 Congress Vice President Rahul Gandhi on Monday said here that he is fighting against an ideology that killed the Father of the Nation, Mahatma Gandhi.

Interacting briefly with the media after his appearance in a Bhiwandi court, the Congress leader said that Gandhi was killed but his teachings would never be erased.

He said that Gandhi will live in the heart of India forever. “They have killed Gandhi, but they cannot erase him.”

After the hearing today, the court adjourned the matter until March 3.

At the previous hearing, on November 16, 2016, the Chief Judicial Magistrate had granted bail to Rahul Gandhi, who is an accused in a defamation case filed by a Rashtriya Swayamsevak Sangh activist, Rajesh Kunte.

Kunte had filed the case against him for his speech in Bhiwandi on March 6, 2014, during the campaigning for the Lok Sabha elections.

At a party rally, he had allegedly then said: “The RSS people had killed Gandhi.”

On January 30, 1948, Gandhi was assassinated by Nathuram Godse, a Hindu nationalist, who shot three bullets at him at a prayer meeting in New Delhi.