GAIL projects in India and Gujarat 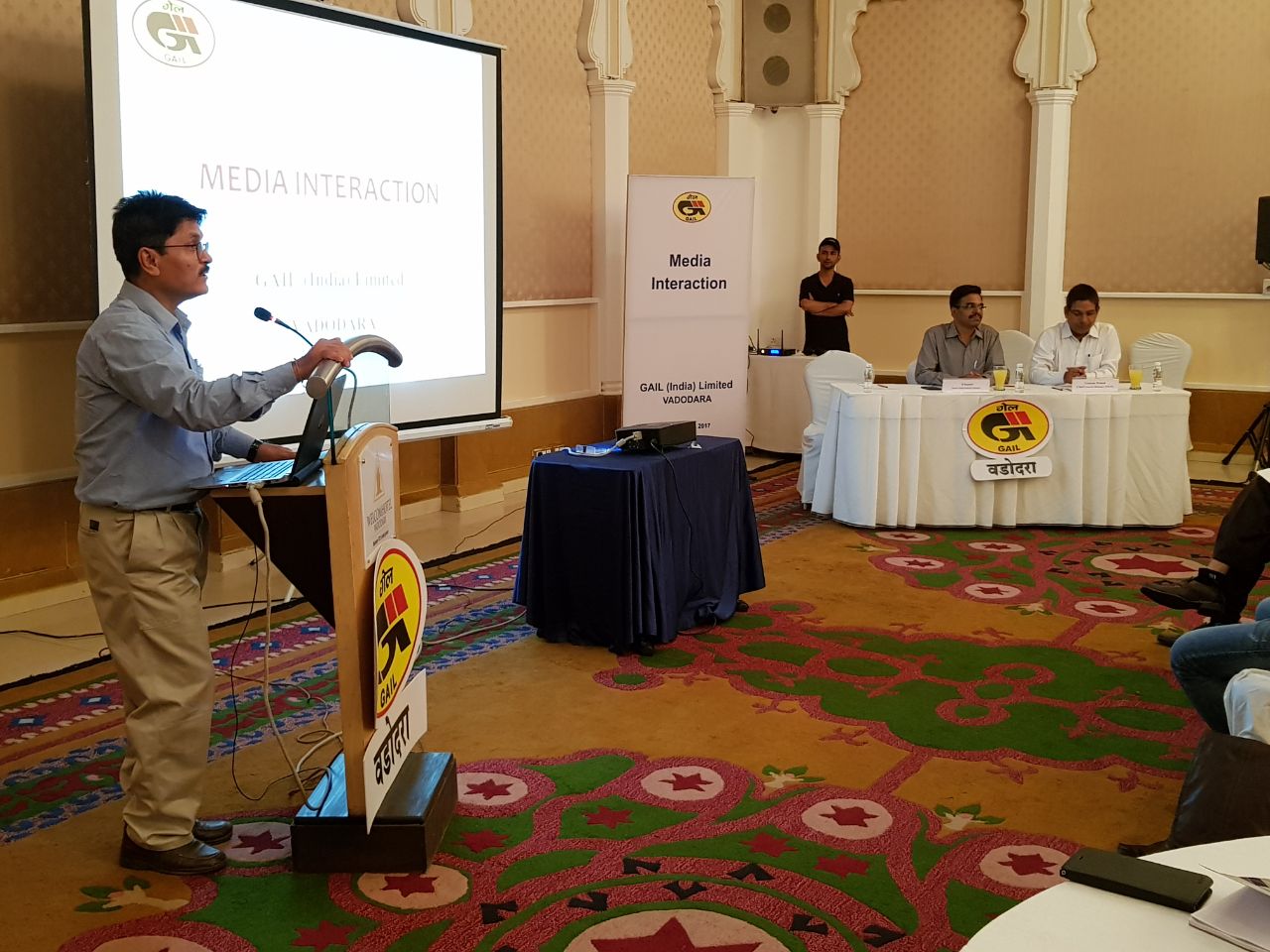 In a press briefing in Vadodara the GAIL officials put focus on the projects undertaking by the company along with the initiatives under corporate social responsibility. One of the major projects is the Gujarat Pipeline replacement project which is approx 456 kms (108kms in North Gujarat and 348 in South Gujarat) and will be in phase manner. 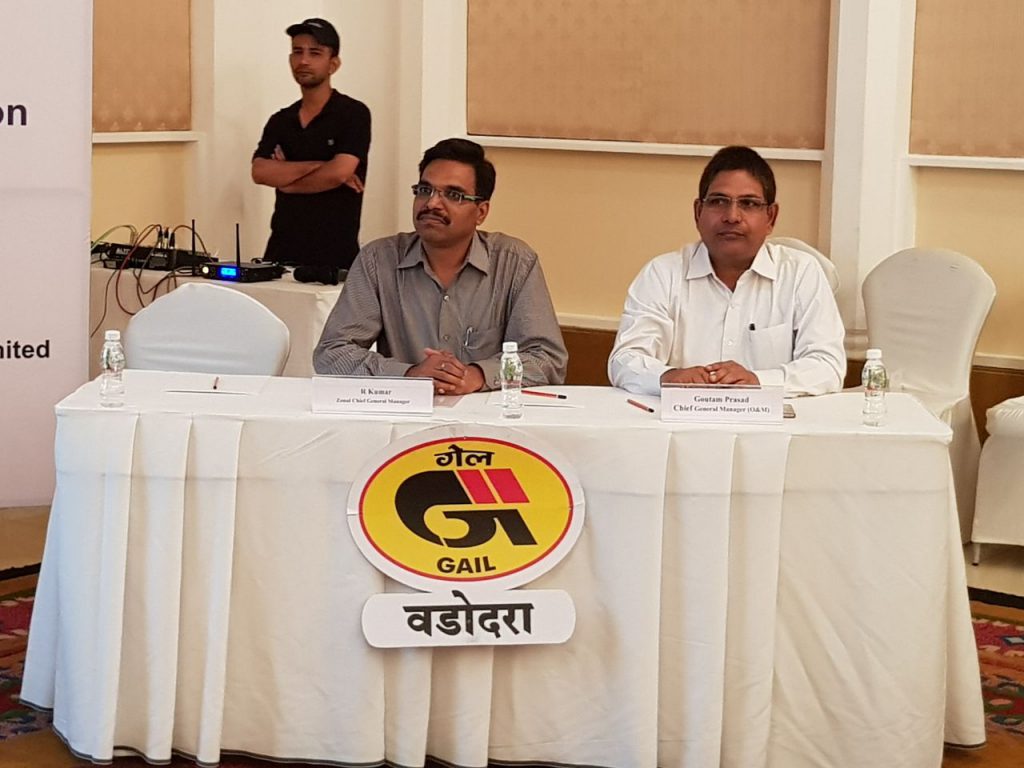 “We target to complete the replacement of the main trunk line till March 2018. The work will be in a phase manner and many of the work is complete like the 24inch 5km HP and 12inch 5km MP pipeline, 16inch 12.5 km Ankleshwar Panjroli pipeline and 8inch 20km GMS Kadi Kalol pipeline,” said Goutam Prasad Chief General Manager O&M.

Talking about the pipeline security he said they take various initiatives to ensure the safety of the pipelines. “On the trunk line we monitor through helicopter and also tie up with ISRO who click satellite picture and send to us and then we evaluate the status. We are also planning to patrol the pipelines with the help of Drones. In the city area we do foot patrolling once in 24 hours,” said Prasad.

About the CNG two wheelers for a greener environment he said the project was launched as test model in Delhi to create awareness about the clean fuel for better tomorrow. The project is in consideration and has various aspects to look into before the full fledge launch. 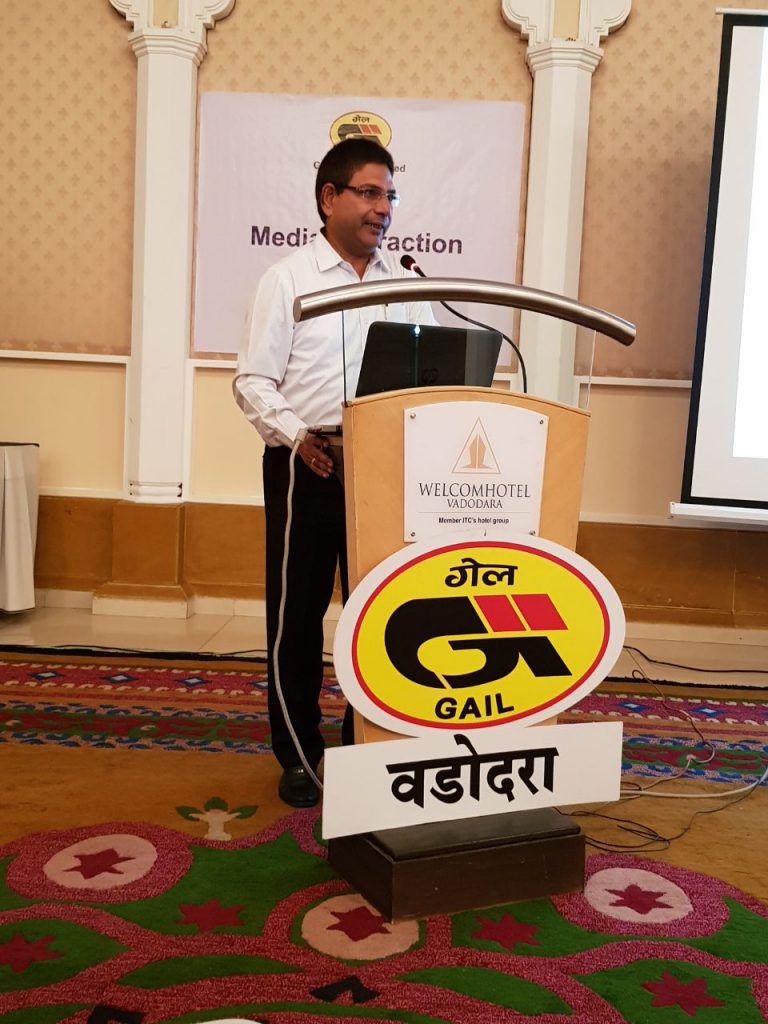 The major initiatives undertaken by GAIL are conversion of non piggable pipeline into piggable ones, Gas analysis on regular basis, installation of corrosion coupon, ER probe and Data logger, frequency of cleaning pigging of pipelines and pipeline monitoring mechanism.

One of the important projects is Eastern India development plan called Urja Ganga where 2540 km gas pipeline project will be laid at the cost of 12940 crore. Government of India will provide capital grant of 5176 crore to GAIL. The project covers five states UP, Bihar, Jharkhand, Odisha and West Bengal covering 40 districts and 2600 villages. It includes synchronised development of 7 city gas distribution network projects in Varanasi, Patna, Jamshedpur, Kolkata, Ranchi, Bhubaneshwar and Cuttack.

For the long term energy security the first LNG terminal in East Coast is coming up at Dhamra (Odisha) under the joint venture of public and private sector companies. The project also includes 3 fertilizer plants located at Gorakhpur, Barauni and Sindri with development of additional new city gas projects in Eastern India.

Other then this the company also run various CSR activities in Gujarat in the field of education, skill development and others.