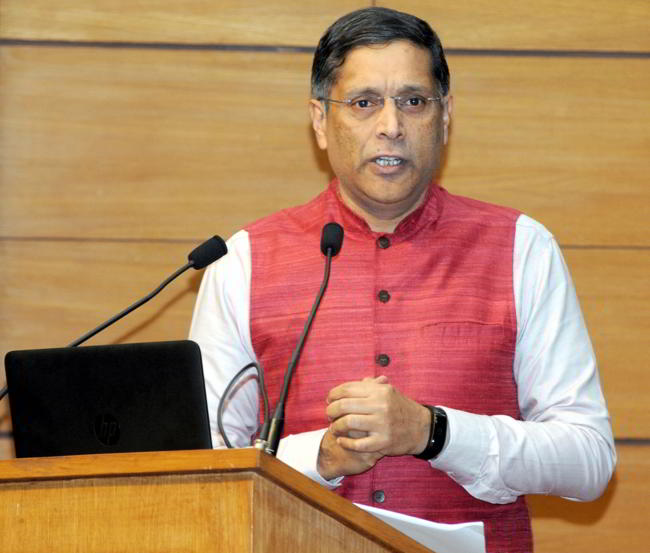 Indian government's Chief Economic Adviser Arvind Subramanian on Tuesday said that the full remonetisation of the country's economy will happen in the next 1-2 months and advocated quick removal of all cash withdrawal limits to expedite pick-up in growth.

"It's fair to say there have been short-term costs to demonetisation that were significant, especially in the informal sector. But the effect is temporary. As remonetisation happens, the economy will be back on track," Subramanian said.

"In a month or two, we should be close to full remonetisation of the economy," he said at a press conference here after the Economic Survey 2016-17 was tabled in Parliament.

He said there should be a quick remonetisation and the earlier the limits on cash withdrawals are withdrawn, the better.

"There should be fast remonetisation. Earlier we withdraw the limits on cash the better," he added.

Subramanian also said that demonetisation has encouraged transition to digitisation, though it should be based on incentives and not forced upon people.

"I think the transition must be gradual and inclusive because a lot of people are not digitally connected. I am for doing it through incentives and not by force. Digitisation has lots of benefits but can have costs because the poor don't have access to technology," he said.

The Chief Economic Adviser labelled the November 8 demonetisation as an "unusual and unprecedented" monetary experience and added that its impact should be judged cautiously.

"It was a very unusual experiment in monetary history. We should be cautious about assessing its impact. Demonetisation has affected different forms of money very differently," he said.

Demonetisation has led to reduced cash and increased supply of deposits simultaneously. As a consequence of that, the lending rate has come down by 90 basic points, he added.

The senior official said that in the short run, if the world economy picks up, consumption catches up as remonetisation happens and exports increase, the pick-up in economy will be faster.

Subramanian said that the currency cash squeeze was less severe compared with common perception because the macro-economic indicators have been mixed.

While sowing of rabi crop is way better than last year and there is no blip in direct and indirect tax collections after November 8, there is a dip in real estate sector and banks credit has dropped.

"The overall picture is mixed. Any uncertainty from demonetisation needs to be addressed. But it holds the potential for long-term benefits. It would require follow-up actions to minimise the costs and maximise the benefits," he said.