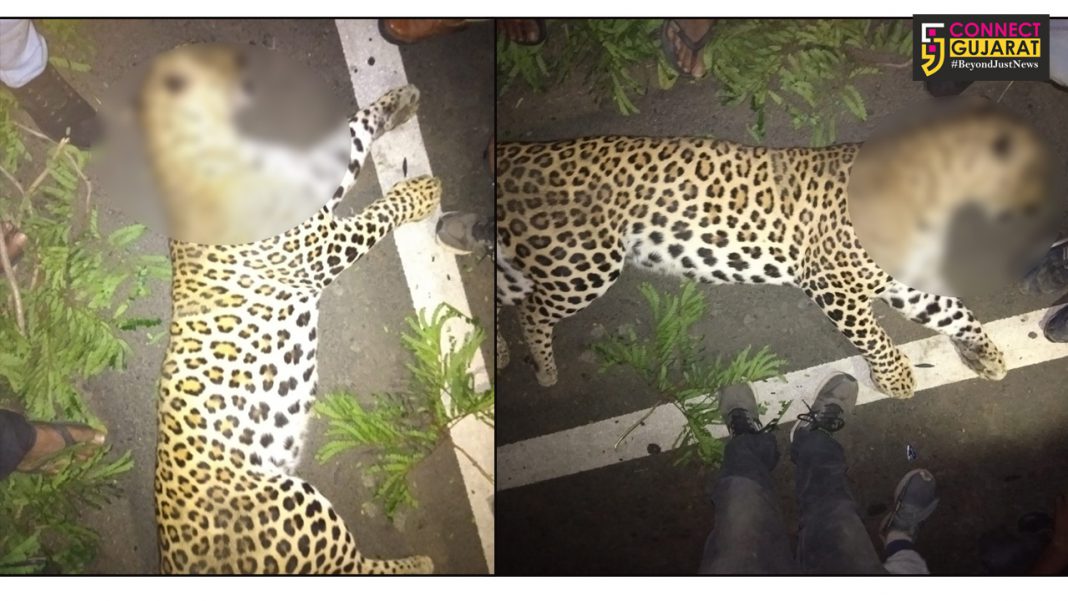 A full grown leopard was found dead by the Wildlife Rescue Trust from near Bhaniyara village toll tax on Vadodara Halol highway late night on Tuesday. The leopard might met with the accident and dies due to internal injuries.

As per details given by Arvind Pawar president of Wildlife Rescue Trust, he recieved the call on the helpline number and they reached the spot with their team. After reached there they found the leopard already dead on the spot.

Pawar said they found a number plate of the vehicle nearby and it might be possible the leopard was knocked down and died due to internal injuries. They team informed the forest department and hand over the leopard to them.

Arvind rules out poaching angle as all the claws and other things are not missing from the body. The cause of death will be clear after the post mortem.