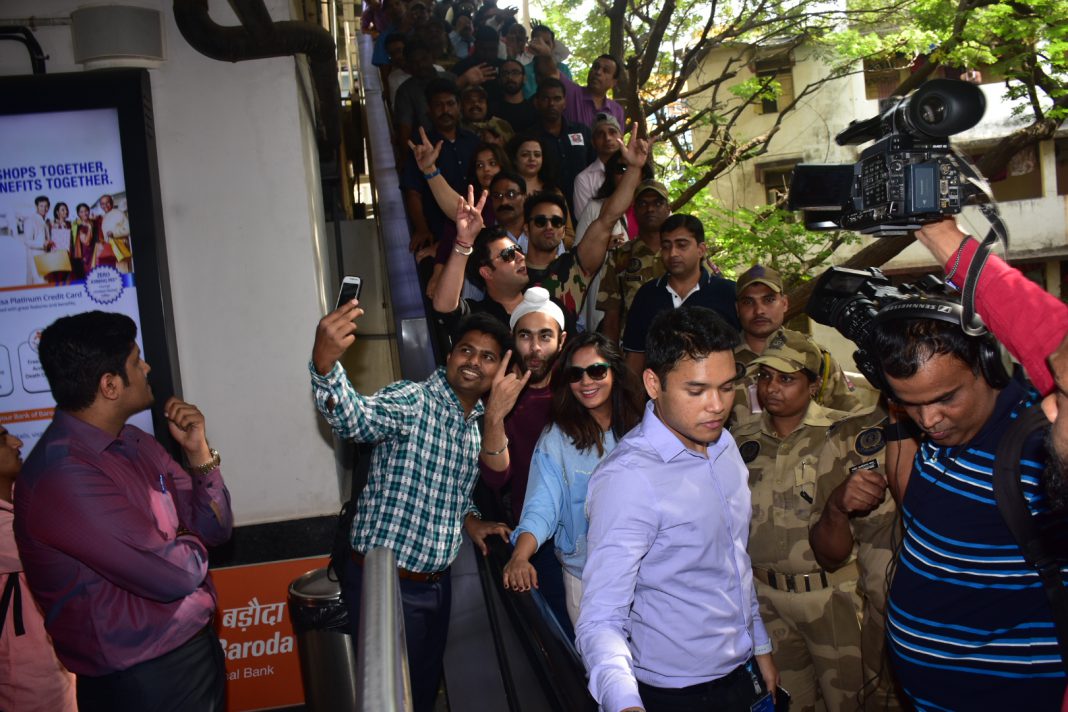 The team of Fukrey Returns Pulkit Samrat, Richa Chadha, Varun Sharma and Manjot Singh went to Andheri Metro station and promote their film. They also enjoy the Metro ride and clicked pictures along with the people.

The Fukrey Returns team is aggressively promoting their film on the roads of Delhi and Mumbai and the trailer of the film increased the expectations of the audience to see level.

The sequel Fukrey Returns is once again ready to hit the magic just like the 2013 sleeper hit. The trailer, songs all increased the expectations of the audience and they are eagerly waiting for its release. The film will hit the screens on 8th December 2017.