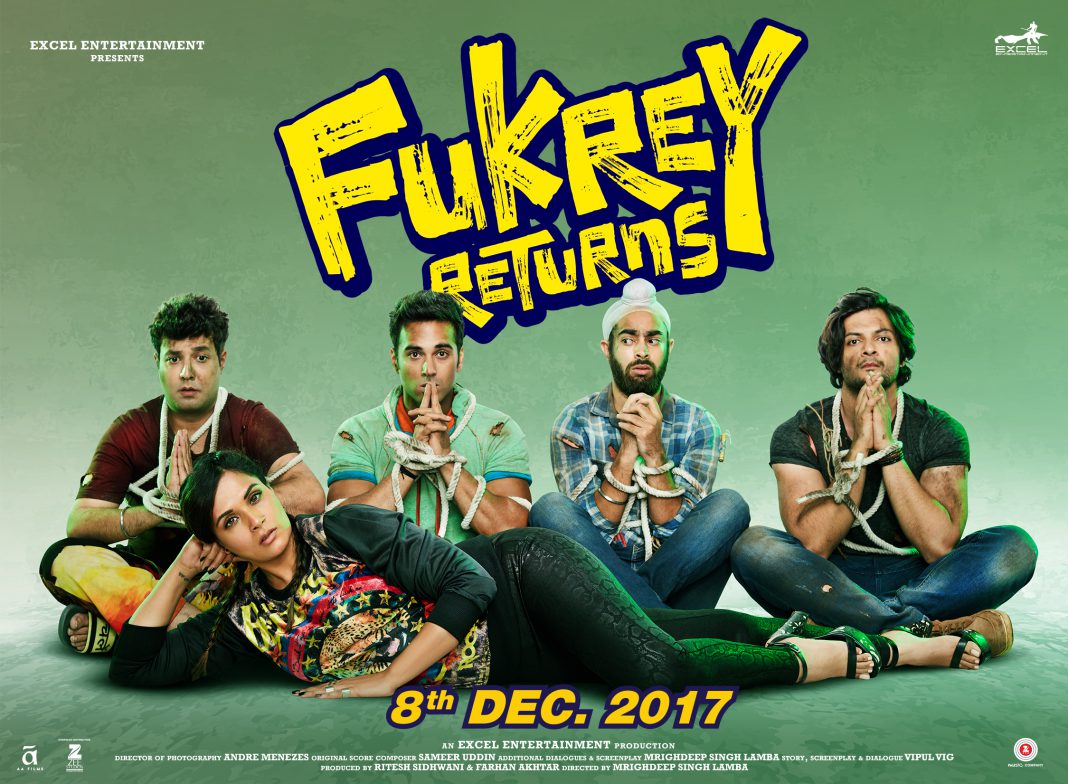 The first part of Fukrey was stupendous hit and in the time of sequels the fans are eagerly waiting for its second part.

Finally the wait is over for the fans as the makers are ready with the sequel with Richa Chadha, Pulkit Samrat, Ali Fazal and Manjot Singh once again will be seen in main roles. From the start of the shooting last year tbe film is the most eagerly awaiting film of this year.

Characters of Honey, Zafar, Laali and Bholi made their places inside the hearts of people and give a new dimension to the comedy films of this era.

The poster of ‘Fukrey 2’ released recently and the release date is also mentioned in the poster. The film will release on 8th December at the end of this year which increased the expectations of the audience.

Makers are ready to release the teaser which relived the madness of Fukrey once again. The makers prepare to release the trailer on 9th August which will show the first look of Fukrey 2. Produced under Excel Entertainment the film is co produced by Farhan Akhtar and Ritesh Sindhwani and directed by Mrudip Singh Lamba.