From 'Miss Campus Princess' to 'Miss World': Manushi Chillar's ascent within a year 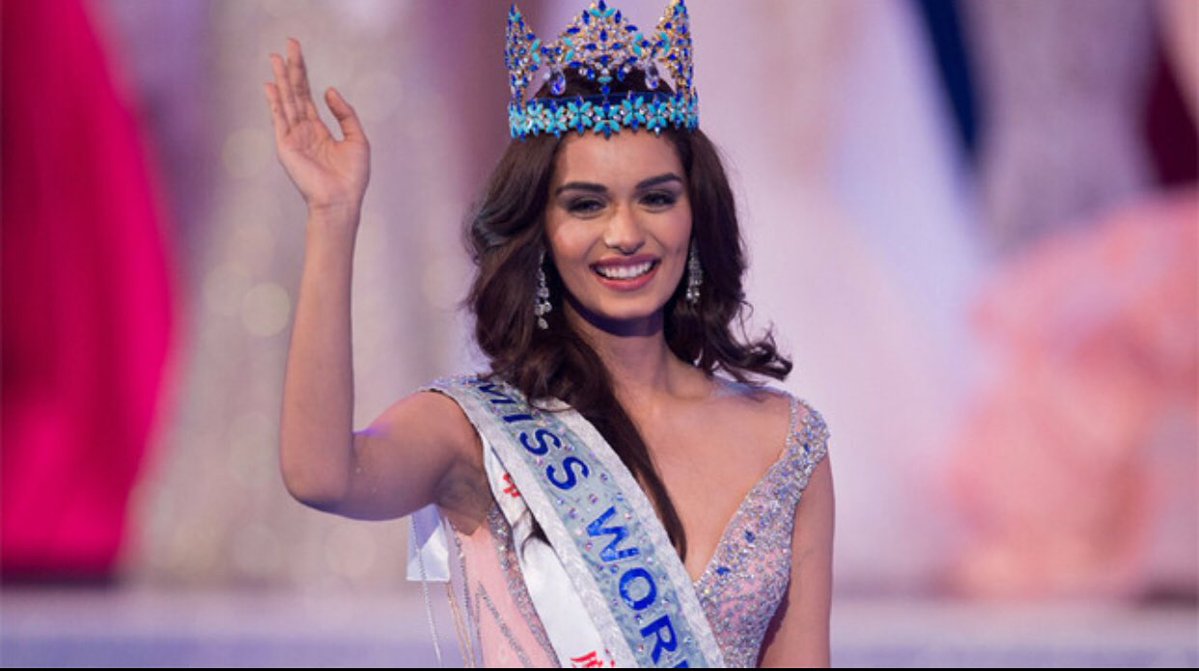 It has been a title bagging year for a doctor-in-the-making. Manushi Chillar, the Miss World 2017, has been bagging beauty titles in the past one year even while pursuing her course in medicine in an all-girls medical college in Haryana's Sonepat district.

The 21-year-old beauty was crowed Miss World 2017 at a glittering ceremony in the seaside resort city of Sanya in China on Saturday evening.

Manushi, whose family belongs to Haryana and lives in New Delhi, is pursuing her MBBS degree from the Bhagat Phool Singh Government Medical College for Women in Khanpur Kalan village in Sonepat.

She is a gifted poet, painter and Kuchipudi dancer, and wants to be a cardiac surgeon and has been associated in a project for menstrual hygiene among women.

In less than one year, she won the 'Miss Campus Princess' title in the medical college in December last year. She went on to pick the 'Miss Haryana' title in April this year followed by the coveted Femina Miss India title in June this year.

"She had promised us that she will take a shot at winning the Miss World title. She has achieved that and we are all proud of her," her co-inmates in the medical college hostel, said.

There were joyous celebrations at the home of her parental uncle, Dr Dinesh Chillar, a government doctor in Haryana, and Dr Usha Chillar, an associate professor in Dermatology in Manushi's medical college.

The family members and friends danced and distributed sweets on Saturday night after news of Manushi winning the Miss World title broke.

There were reports of celebrations in Bamdoli village near Bahadurgarh town in Haryana's Jhattar district, around 55 km from Delhi, as residents burst crackers on her achievement.

"She has brought laurels to our village, state and country. We are all proud of her," Bamdoli resident said.

There were celebrations on Saturday among students and faculty of the medical college when news came about Manushi winning the Miss World title.

After winning the Miss India title, Manushi took a break from her medical studies for one year to pursue her love for beauty pageants. After fulfilling her commitments to the present titles that she is holding, Manushi plans to get back to her studies and complete her MBBS degree.

Born in Rohtak town, around 70 km from New Delhi, on May 14, 1997, Manushi studied in St. Thomas School in New Delhi. Good in her studies, she scored 96 percent marks in her Class 12 exams.

Her parents, Dr Mitrabasu Chillar and Dr Neelam Chillar, who were with her in Sanya when she was crowned Miss World, are both doctors working in health institutes in New Delhi.

"I will try to win the Miss World 2017 crown for the country and my state," Manushi had told the media in July this year when she came to meet Haryana Chief Minister Manohar Lal Khattar after winning the Miss India title.

Manushi has been associated with 'Project Shakti' campaign, initiated by her to make women and girls more aware about menstural hygiene, even before she ventured into the beauty pageants scene.

Haryana, infamous for the worst sex ratio among states in the country, has seen young women from sports to science to beauty fields making it big at the international level in recent years.