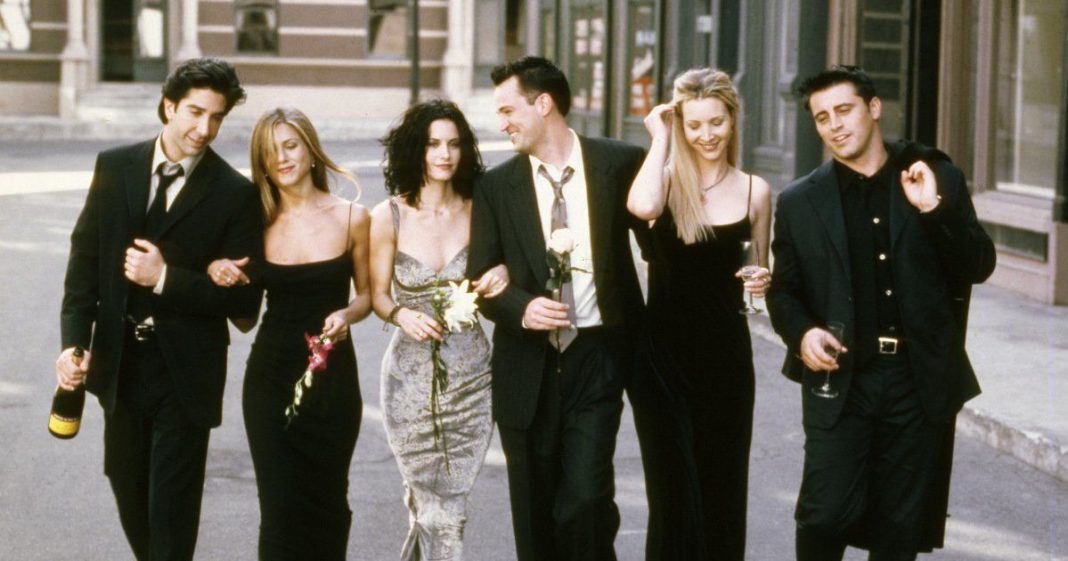 Iconic show ‘Friends’ completes it’s 25 years, the cast of the show got us all nostalgic by sharing an emotional note on Instagram.

The team shared -The first episode was aired on September 22, 1994. For all the fans of the show, it’ll always be about a Thursday night, and so the cast made sure to share identical pictures on social media on a Thursday night, thanking fans for their unconditional love.

Courtney Cox, David Schwimmer, Lisa Kudrow and Matt LeBlanc took to Instagram to share a beautiful picture of the cast and wrote, “Celebrating a Thursday night 25 years ago.” Matt LeBlanc who played the goofy Joey Tribbiani added, “Seems like yesterday. Thanks to all the fans for watching.”

“Thank you to all of our loyal fans across the world. You’ve certainly been there for us!

I love these guys,” wrote Cortney Cox who played the iconic Monica Geller. She also joked on her co-stars Jennifer Aniston and Matthew Perry who aren’t on Instagram by tagging #SeriouslyJen? and #YoutooMatthew.

Celebrating a Thursday night 25 years ago. We might be in different places but we are connected💕🍩🤳#STILLTHEREFORYOU #FRIENDS #friends25thanniversary #TWITTER@MATTHEWPERRY #COMEONALREADYJEN

Celebrating a Thursday night 25 years ago. Thank you to all of our loyal fans across the world. You’ve certainly been there for us! ♥️♥️♥️♥️♥️ I love these guys! @_schwim_ @lisakudrow @mleblanc #seriouslyjen? #youtoomatthew #friends

These posts have definitely got the fans nostalgic, people can’t help but think that a Friends another episode might be underway. These identical posts by the cast occurs with some other recent tributes to Friends.