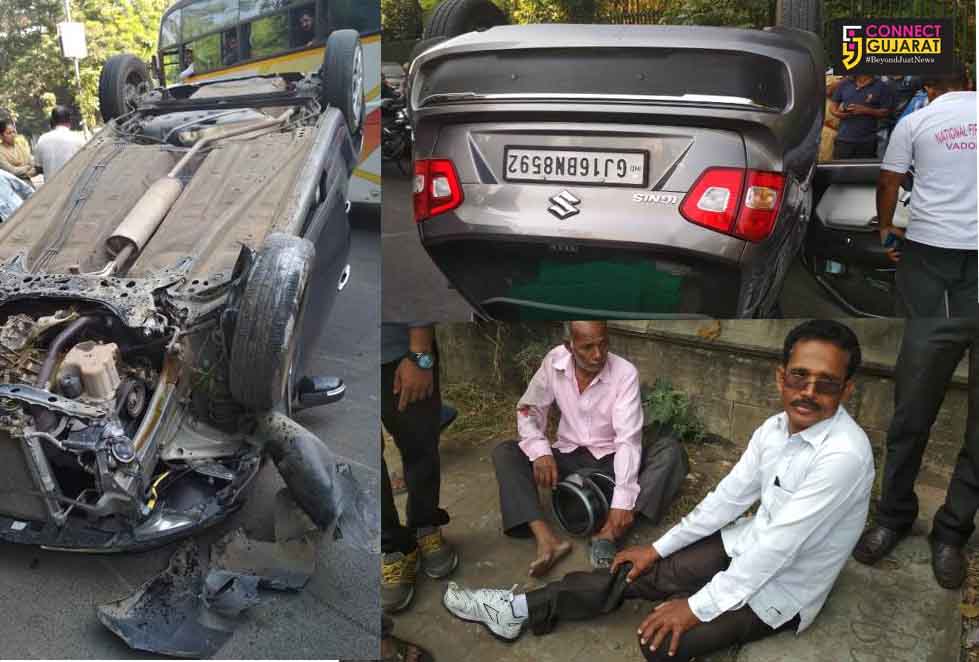 Rescued and sent to hospital

A freak accident happened early morning in Vadodara where the car turned turtle and four people trapped inside it. However no casualties reported in the accident and all the victims sent to hospital from the spot.

As per the available details the accident took place near Zilla Panchayat office at Rajmahal road where the car turned turtle after the mishap.

Fire brigade received the call and they rescued the four people trapped inside and shifted to hospital for treatment. No casualties were reported in the accident but the incident shocked everyone and traffic was also disrupted for sometime in the area.