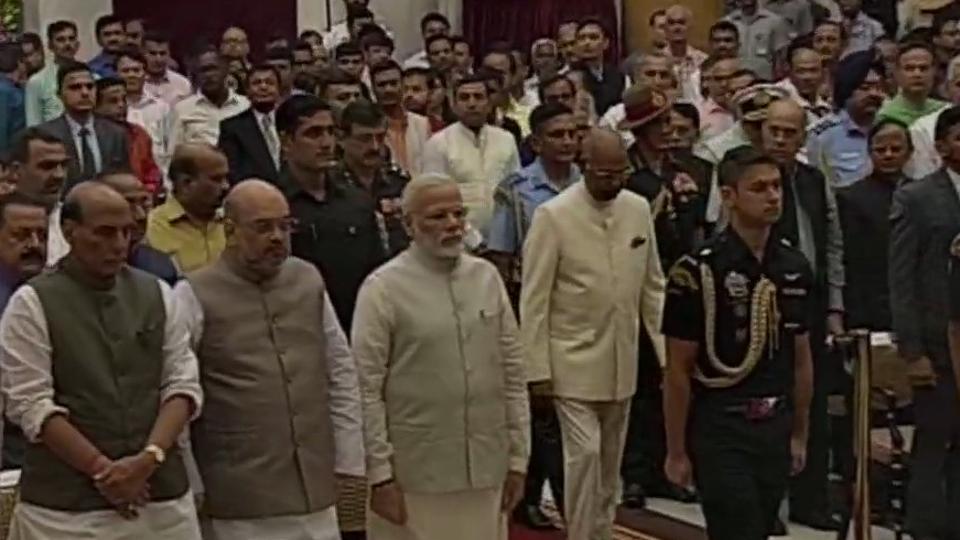 Prime Minister Narendra Modi on Sunday expanded his council of ministers, elevating four to the Cabinet and inducting nine new faces as Ministers of State. 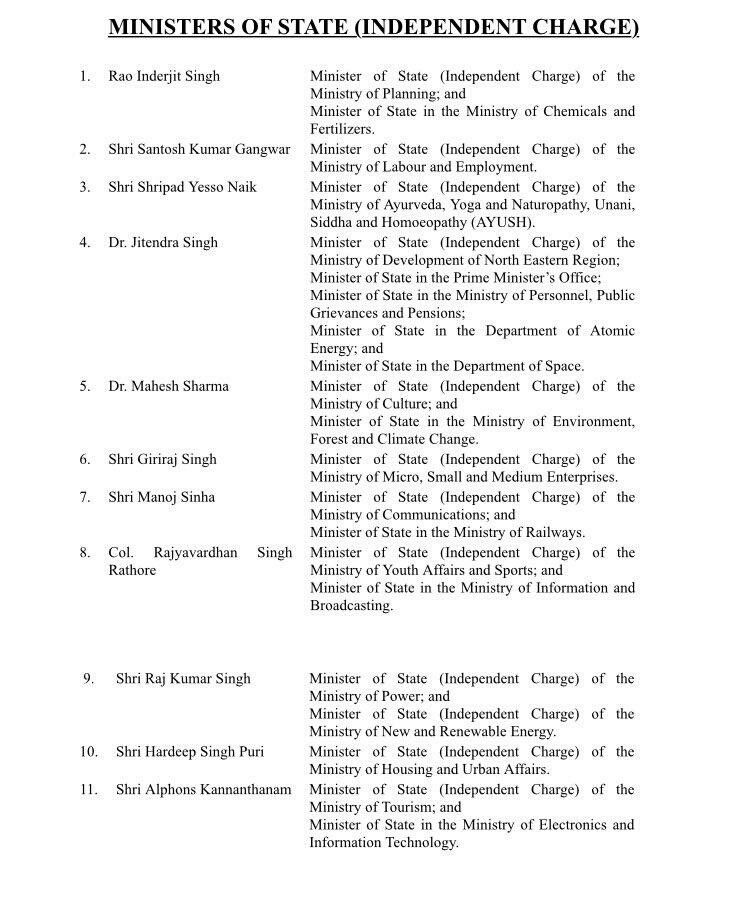 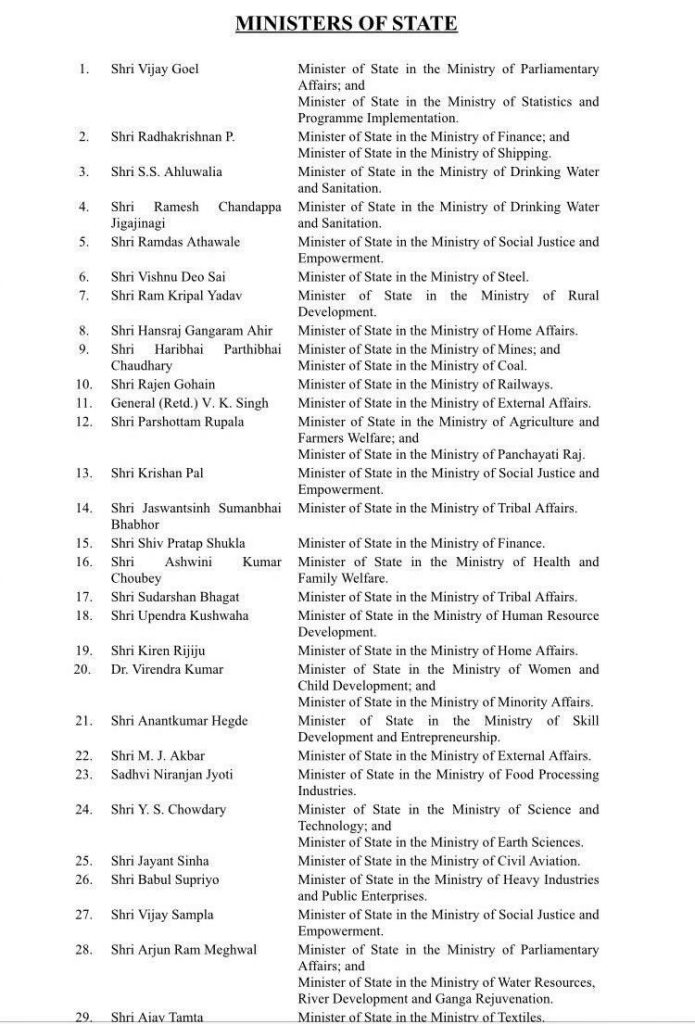 The new ministers and those elevated to the cabinet were sworn in by President Ram Nath Kovind at the Rashtrapati Bhavan.