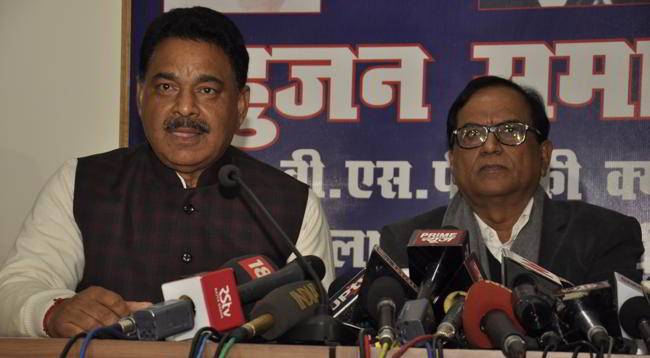 Only a few days back another senior SP leader Ambika Chowdhary had hitched the bandwagon of BSP after resigning from all SP posts and its primary membership. He had alleged that he was very upset at the humiliation heaped on Mulayam Singh by his son Akhilesh Yadav and was hence leaving the party in which he spent 25 years and was one of its founding members.

Narad Rai was assimilated into the BSP by its national General Secretary and close Mayawati aide Satish Chandra Mishra. Rai said he felt that it was better to leave the SP as it was not showing respect even to its founder Mulayam Singh.

“The SP has digressed from its ideals and the behaviour of Akhilesh towards his father is nothing but heart breaking” he told reporters. The desertion of the party by one of its senior leaders came on a day when SP and Congress held a road show in the state capital.