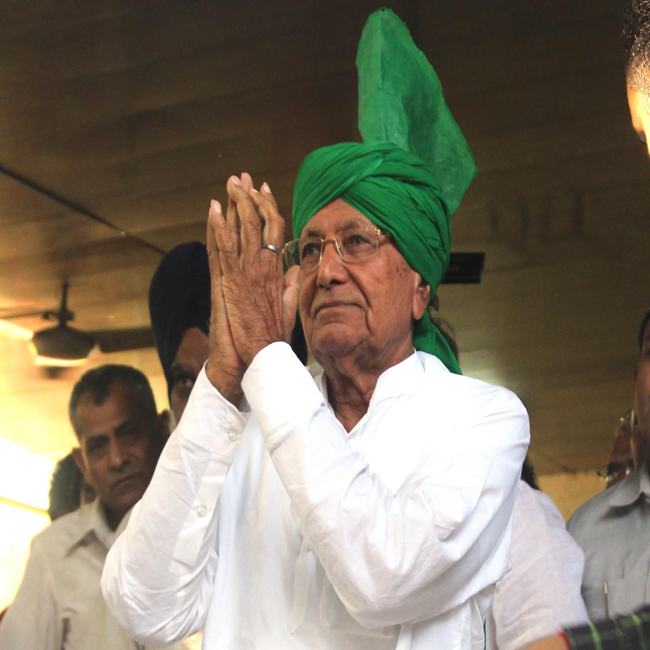 Aug 31, Former Haryana Chief Minister Om Prakash Chautala, who is serving a jail term here, was on Tuesday admitted to All India Institute of Medical Sciences (AIIMS) after he complained of breathing problems.

He has been kept in the pulmonary medicine department under the observation of Randeep Guleria, who is also the head of the department, according to the hospital sources.

On Saturday, Chautala was admitted to Ram Manohar Lohia (RML) Hospital after he had complained of uneasiness.

A special Central Bureau of Investigation (CBI) court here on January 22, 2013 had sentenced Chautala, his son Ajay, and eight others to 10 years in jail after finding them guilty of illegally recruiting 3,206 junior basic trained teachers in 2000.

The high court had upheld the punishment given by the trial court, while the Supreme Court on August 3 dismissed the plea of Chautala and his son Ajay, upholding their conviction and sentencing in the scam.