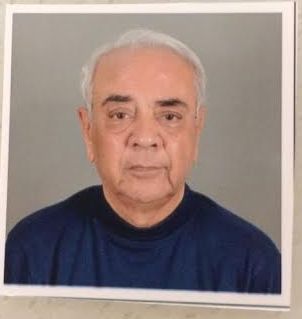 He was also Senate member in MSU and associated with various social groups. He is survived by his wife Hemlata, son Pratik brother Dilip and Ajit Patel and other family members. His last right will. E performed after his son and brother came to Vadodara from USA.