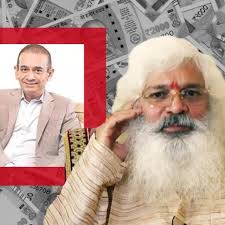 Former director of Allahabad Bank give a new twist to the 11400 crore banking scam which becomes the most talked about matter in the country. He put serious allegations on Mehul Choksi of Geetanjali jewellers for not repay 1500 cr loan given to him by the bank. He further raised objections against sanctioning further 50cr loan to the same party and later was forced to resign from the post.

He said that the pressure was building on him after he raised objections and later forced to resign from the post of the director much before his three years tenure ends.

With all these allegations there is now a new twist to the scam which shook the country.