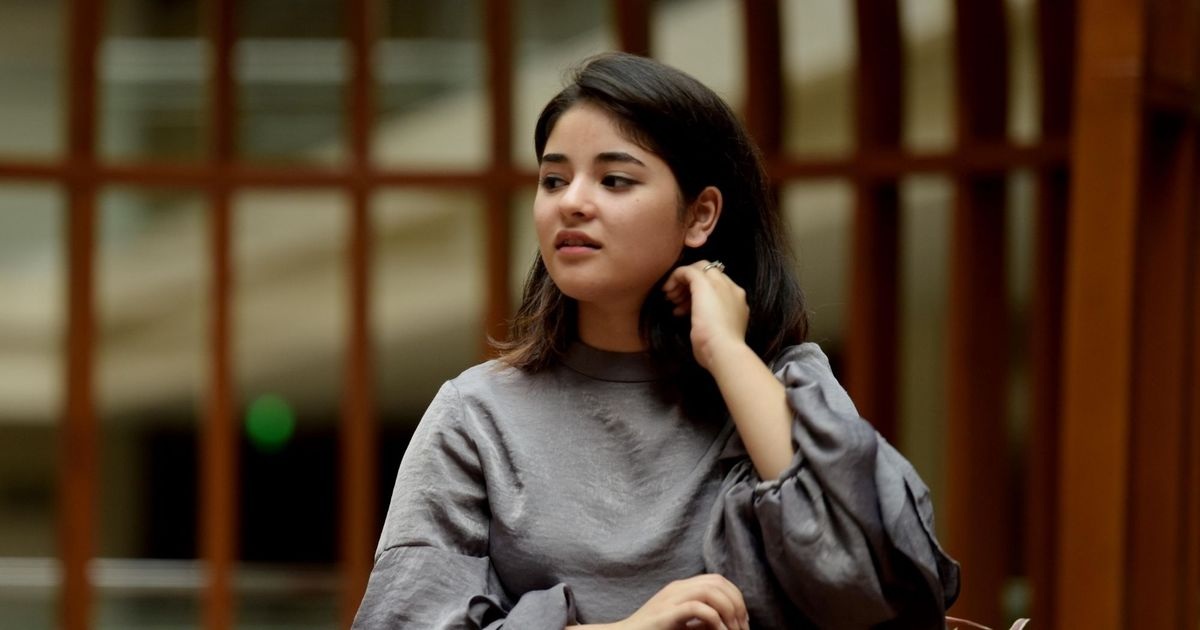 Zaira Wasim, who recently announced that she has quit the film industry, twitteed to react on tensed situation in the Valley before the Indian government's decision of dumping Article 370 from the Indian constitution that gave special status to Jammu and Kashmir.

After Indian Home Minister Amit Shah announced on Monday that Article 370 stands withdraw from the Indian constitution, several film stars took social media to react on the historic political development in the country.

Now, in her latest tweet, Zaira Wasim, who recently quit the industry, reacted to the tensed situation in the Valley. Zaira tweeted “This too shall pass! #Kashmir” (sic) on Twitter.

Zaira’s tweet comes a month after she announced that she would not be the part of Indian film industry since she feels that working in the movies is threatening her relationship with her religion.

In her detailed post on Instagram, she mentioned that she fits in the industry but she feels she doesn’t belong here. Some supported the former actor for exercising her right to make decisions for herself, some criticized her for disrespecting her profession and talking immaturely.