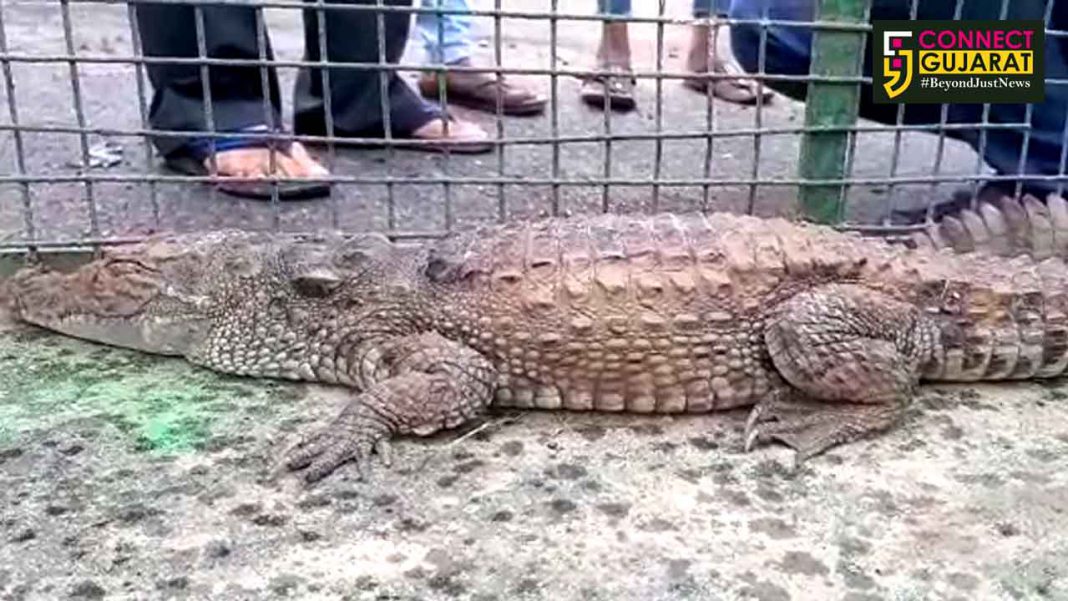 Three crocodiles strayed inside due to flooding Vishwamitri

The heavy rains in the city make the Vishwamitri river flows much above it’s danger mark and it not only waterlogged the Vadodara city but also disturbed the natural habitat of animals like the crocodiles. Many crocodiles strayed inside residential areas and temporary ponds due to flooding and the forest department is working round the clock to rescue them.

In one such incident the forest department rescued one two and half foot crocodile from the temporary pond at Navlakhi ground. As per information three crocodiles strayed inside the pond during the recent floods in the city.  Vishwamitri river passing through Vadodara city.

Jignesh from forest department said the temporary pond was prepared last year at Navlakhi ground for the immersion of Ganesh idols. Recently three crocodiles entered inside the pond due to flooding Vishwamitri river and locals informed them about the same.

Based on the information the team of forest department comprised of Ketan Rawal, Hemant Patwa and others reached the spot to trace the crocodiles and later rescued one from the three and shifted to safer place.

He further said there is two more crocodiles inside the pond and the team is working to trace and rescue them. The crocodiles strayed due to flooding and they issued the safety advisory to people to stay away from such place and inform the forest team immediately.