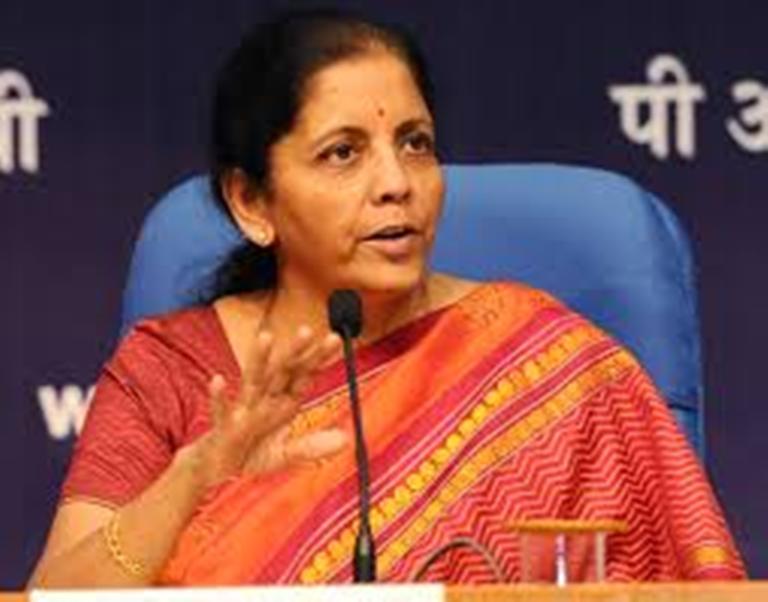 "Economy has staged a strong recovery with growth in GST collections, bank credit, FDI inflows along with other indicators," says the Finance Minister.

Every EPFO registered orgs - if they take in new employees or those who had lost jobs b/1 March 1 & Sept 30 - these employees will get benefits, says FM.

Rs 18,000 Crores will be provided over and above the budget estimate which was mentioned in the Budget 2020-21 under Pradhan Mantri Awas Yojana, particularly for the urban areas. This extra budgetary resource being provided will help 12 Lakh houses to be grounded ans 18 Lakh houses will get completed as a result: Finance Minister Nirmala Sitharaman.

Transport ministry and ministry of Defence for additional capital expenditure have been provided Rs 25,000 crore, said the FM.

"Strong recovery of economy has been evident. PMI rose to 58.9 in October. Strongest increase in output in close to 9 years. Energy consumption growth trended higher in October at 12 per cent YoY. RBI has predicted a strong likelihood of Indian economy returning to positive growth in third quarter itself, ahead by a quarter of the earlier forecast. Prominent economists have suggested that the rebound is not only due to pent up demand, but also strong economic growth."

Support for Construction & Infrastructure-Performance security on contract to be reduced to 3 per cent instead of 5 per cent. Earnest Money Deposit will not be required for tenders and will be replaced by Bid Security Declaration. Relaxations will be given till 31st December 2021.

Pradhan Mantri Rozgar Protsahan Yojana was implemented up to 31.03.2019. It had covered all sectors and is expected to run for 3 years. So even if someone joined the scheme on 31.03.2019, they would be covered under that existing scheme from then three years: FM Nirmala Sitharaman.

We are launching credit guarantee support scheme for healthcare sector and 26 sectors stressed due to COVID19. Entities will get additional credit up to 20% of outstanding credit, repayment can be done in five years' time (1 year moratorium + 4 years repayment), says the FM.

Establishments registering with EPFO after the commencement of Scheme to get subsidy for all new employees. Scheme to be operation till 30th June, 2021: FM Sitharaman.

The presser comes amid wide speculations that the government will announce another mega stimulus worth $20 billion to help the key sectors badly affected due to coronavirus.

The presser will be held after Prime Minister Narendra Modi, Finance Minister Nirmala Sitharaman and other top officials will give the final go-ahead to the fourth mega stimulus plan.

After several rounds of discussion the government has almost finalised the next stimulus package, the source said, adding that the size of the stimulus could be much lower than the earlier announced amount of Rs 20 lakh crore.

The government may announce the reintroduction of the Pradhan Mantri Rojgar Protsahan Yojna in an expanded form, they said. Under this scheme government may give 10 percent subsidy on PF contribution for new employees and the employer, both.

The presser comes a day after the Union Cabinet gave its approval to the Production Linked Incentives (PLI) scheme for 10 sectors, under which businesses will get incentives worth over Rs 2 lakh crore in 5 years.

The PLI scheme, Sitharaman had said, would provide encouragement to the critical sunrise sectors by ensuring necessary support from the government in addition to creating jobs and linking India to global value chain.

The pandemic-induced lockdowns had led to a steep contraction of 23.9 per cent in the GDP for the April-June quarter as compared to the same period a year ago.