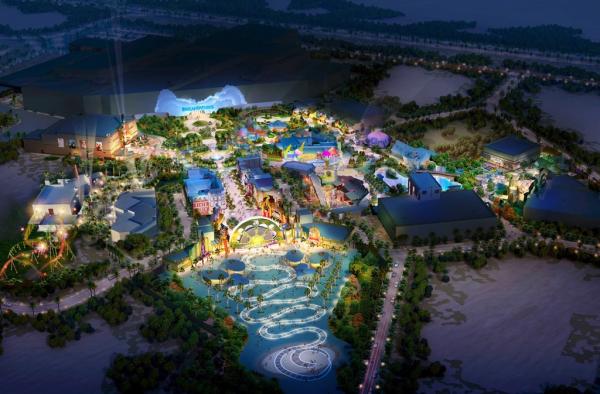 A ride based on the superhero film “Krrish” is set to take off at Bollywood Parks Dubai. And actor Hrithik Roshan took the superhero avatar once again to shoot for the 4D flying theatre ride named Krrish: Heros Flight.

The park has collaborated with Hrithik to recreate the magic of the hit film. Bollywood Parks Dubai, the world’s first Bollywood-inspired theme park and a part of Dubai Parks and Resorts, will open on October 31, read a statement.

Hrithik will appear as the lead from his movie “Krrish” and visitors will be able to join the masked hero on the region’s first panoramic flying ride that takes in some of India’s most famous landscapes.

The ride follows the life of Krrish, the superhero, who faces an elaborate conspiracy orchestrated by an evil genius.

The film was directed and produced by Rakesh Roshan, under the banner of Filmkraft Productions Pvt. Ltd.

Keeping in line with the movie’s cinematic brilliance, the theme park has collaborated with Prana Studios, who have been a part of various Hollywood projects in the past, including “Transformers”, Disney’s “Planes”, “Tron” as well as “Skull Island: Reign of Kong at Florida”.

Ace cinematographer Sudeep Chatterjee has shot a behind the scenes video of the ride.

The video will take Bollywood fans through the journey of the making of Krrish: Hero’s Flight ride.

Also seen working hard with the team at the shoot was action director Shyam Kaushal. And he said “Hrithik is nothing short of a perfectionist and he has put his heart and soul into every shot”.

The ride – located within Bollywood Film Studios featuring Hall of Heroes zone – will be a panoramic flying attraction based on simulation technology taking riders on a virtual tour over famous Indian landmarks while witnessing an epic battle with superhero Krrish.

This zone will also be home to a Bollywood movie production and a live stage show, based on the blockbuster Bollywood Movie “Zindagi Na Milegi Dobara”.

Located half an hour away from downtown Dubai, just before the Dubai-Abu Dhabi border in the United Arab Emirates, Bollywood Parks is an attempt to add to the tourism portfolio of the city.