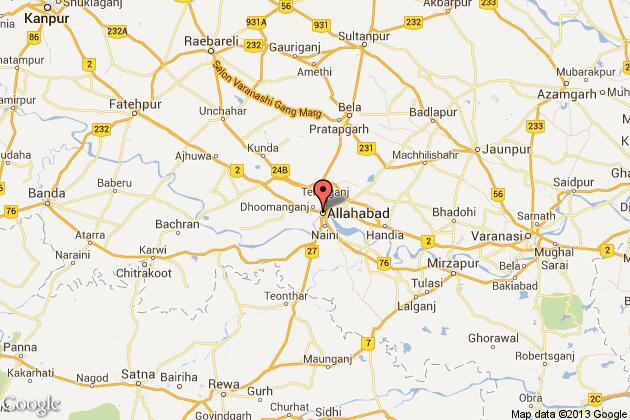 Five persons of a family were hacked to death in Allahabad in Uttar Pradesh, police said on Sunday.

An unidentified assailant a 50-year-old rag pickers, his elder son Vishal, 15, younger son Chotu, 10, and daughters Nandini, 9 Kavita, 7. His wife was admitted to a hospital as she was critically wounded.

A police official told IANS that a property related issue may be the motive behind the killings. Police detained two brothers of the family head for questioning.