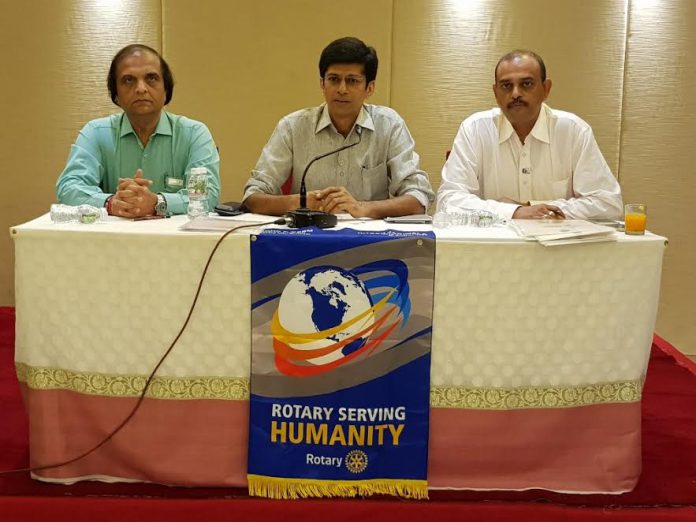 It’s a first of its kind initiative by the Rotarians of Vadodara to start ‘Rotary Tatvagya Award’ in the city. The inaugural award will be given to Milin Mehta Chartered accountant (K.C. Mehta & Co. Vadodara) this year.

The whole idea of the award is based on the Rotary Four way test of life philosophy. To promote the way of life infused by this philosophy and to disseminate the idea in society at large all Rotary clubs of Vadodara come together to confer ‘Rotary Tatvagya Award’.

“The process was transparent where we called the nominations from all the Rotarians. With 11 Rotarians as jury members they evaluate all and at last four top nominees left. They were evaluated on 24 different criterias and finally Milan Mehta selected as the recipient of first ‘Rotary Tatvagya Award’ in Vadodara,” said Shreyans Mehta Chairman Rotary Tatvagya Award.

He said that the award will be a annual activity and the first recipient Milan Mehta will becomes a brand ambassador of Rotary Four way life philosophy.

The award will be given by Rotary International Director Dr. Manoj Desai at a function in Vadodara on Thursday.