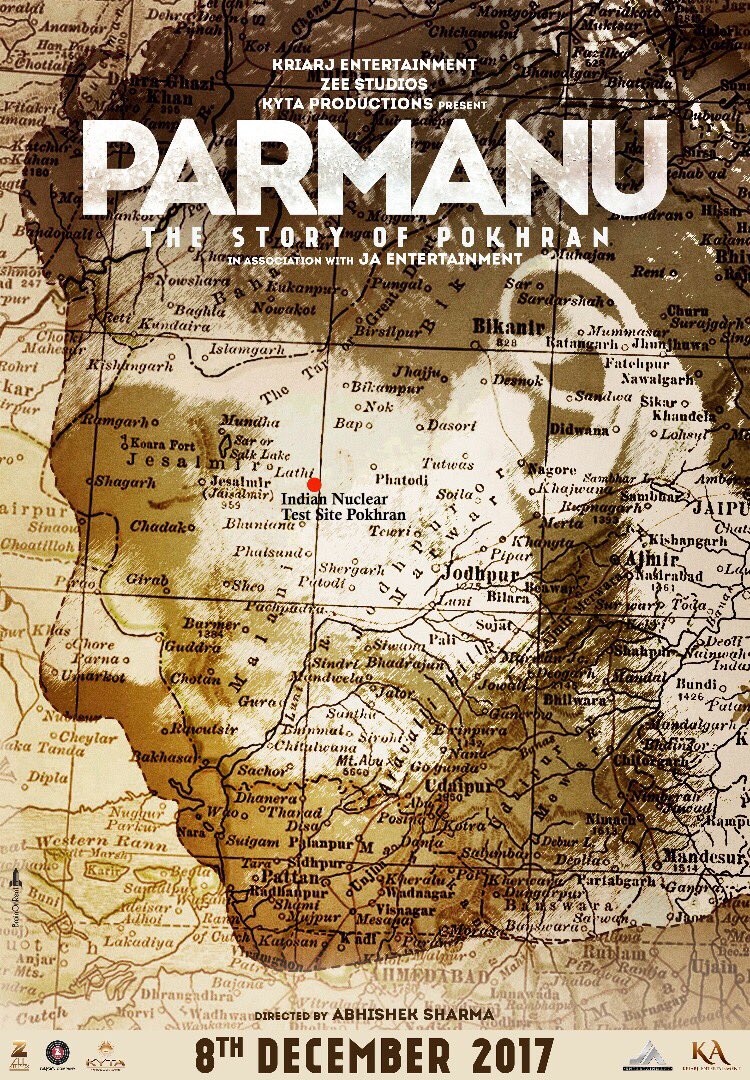 John Abraham seems to be all ready to play a serious role, which he is best at. John Abraham took to Twitter to share the first look of his upcoming film Parmanu-The Story Of Pokhran. Directed by Abhishek Sharma, the film is based on the nuclear test conducted in Pokhran in 1998.

He started shooting for the same recently and had tweeted then, “Day 1.. Parmanu..The Story of Pokhran. Our biggest test ever!!!.” We are excited to see this film about a slice of Idia’s history.

As per reports, Parmanu – The Story Of Pokhran is not being shot in Pokhran but in Jaisalmer, Rajasthan. The crew will shoot at Pokhran too. The reports also state that the film will be shot at the Pokhran Fort, the other important locations where the film will be shot include RTDC Midway, Aada Bazaar, Gandhi Chowk Main Market and Gomat railway station.