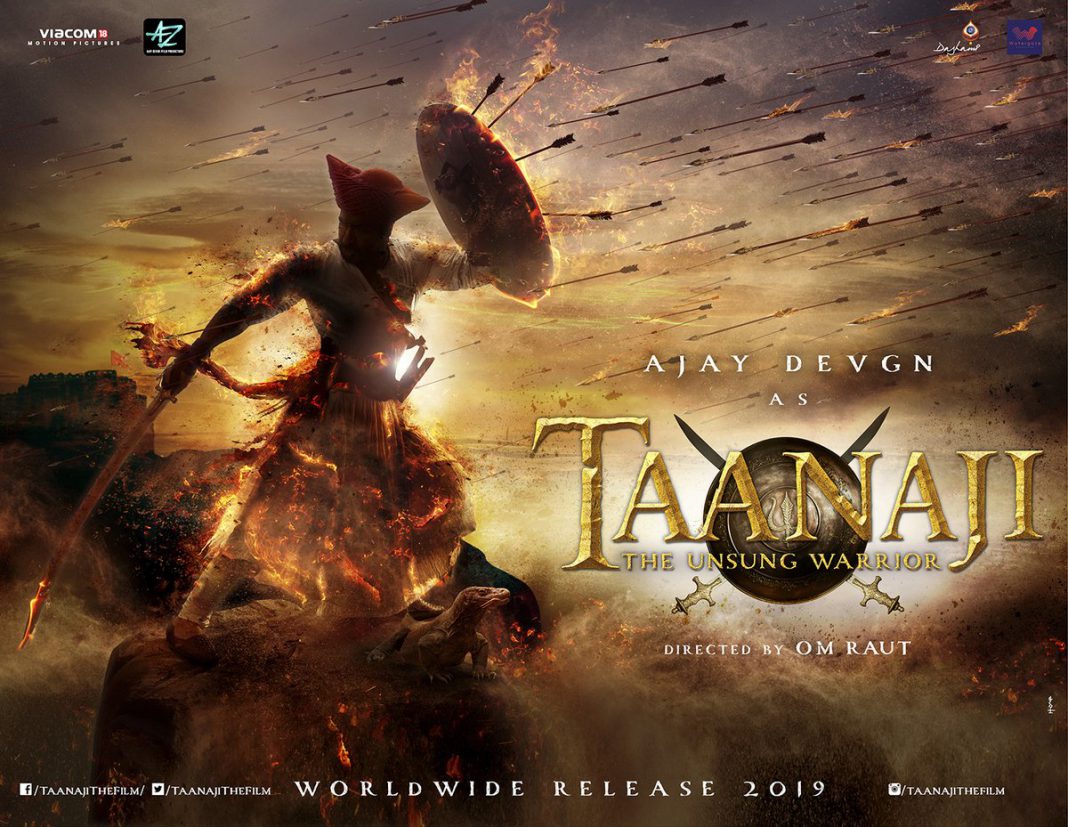 Actor Ajay Devgn is all set to play the role of Subedar Taanaji Malusare, a military leader in the army of Shivaji and also the founder of the Maratha Empire in 17th century India, in the upcoming period-action film titled “Taanaji – The Unsung Warrior”.

He fought for his People, his Soil & his King Chhatrapati Shivaji. The unsung warrior of glorious Indian history, Subedar Taanaji Malusare. pic.twitter.com/3qTWvKdbol

“He fought for his people, his soil and his king Chhatrapati Shivaji. The unsung warrior of glorious Indian history, Subedar Taanaji Malusare,” Ajay captioned the poster.

The film is scheduled to release in 2019. Raut is best known for directing “Lokmanya: Ek Yug Purush”.

On the work front, Ajay, who was last seen on the silver screen in “Shivaay” in 2016 has two more films in his kitty — “Baadshaho” and “Golmaal Again