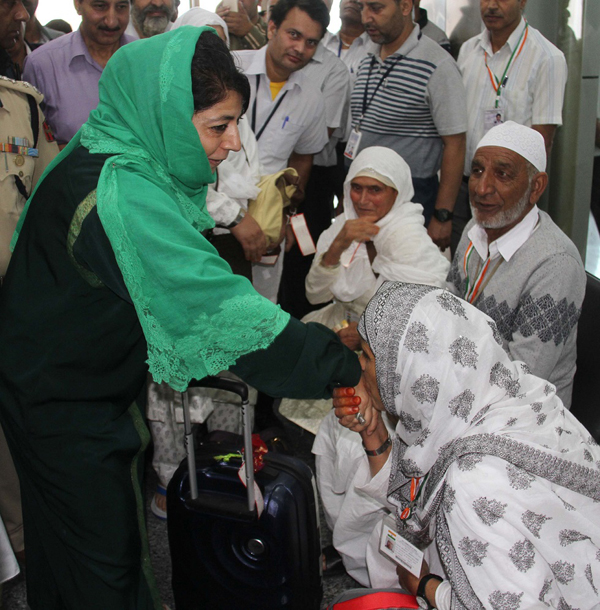 The first Haj flight with 420 pilgrims aboard took off from here on Tuesday for Saudi Arabia.

Although the first Haj flight was scheduled to leave at 9 a.m., it got delayed and took off at 10.05 a.m. for Medina in Saudi Arabia.

Chief Minister Mehbooba Mufti and Haj and Auqaf Minister Farooq Andrabi saw off the pilgrims at the Srinagar international airport.

Mehbooba requested the pilgrims to pray for peace and prosperity in the Jammu and Kashmir.

The second direct flight from Srinagar to Medina carrying another 420 pilgrims leaved at 11.35 a.m. on Tuesday.

This year, 8,106 pilgrims are scheduled to perform the holiest Muslim pilgrimage of Haj from Jammu and Kashmir.

Two assistants, especially trained by the Haj committee, are accompanying the pilgrims in each flight.

At least 40 such assistants called ‘Khudam-ul-Hujaaz’ will remain on duty with pilgrims during this year’s Haj.

The pilgrims have been advised not to carry in the flight intoxicating agents such as tobacco, snuff and medicines containing high content of alcohol.