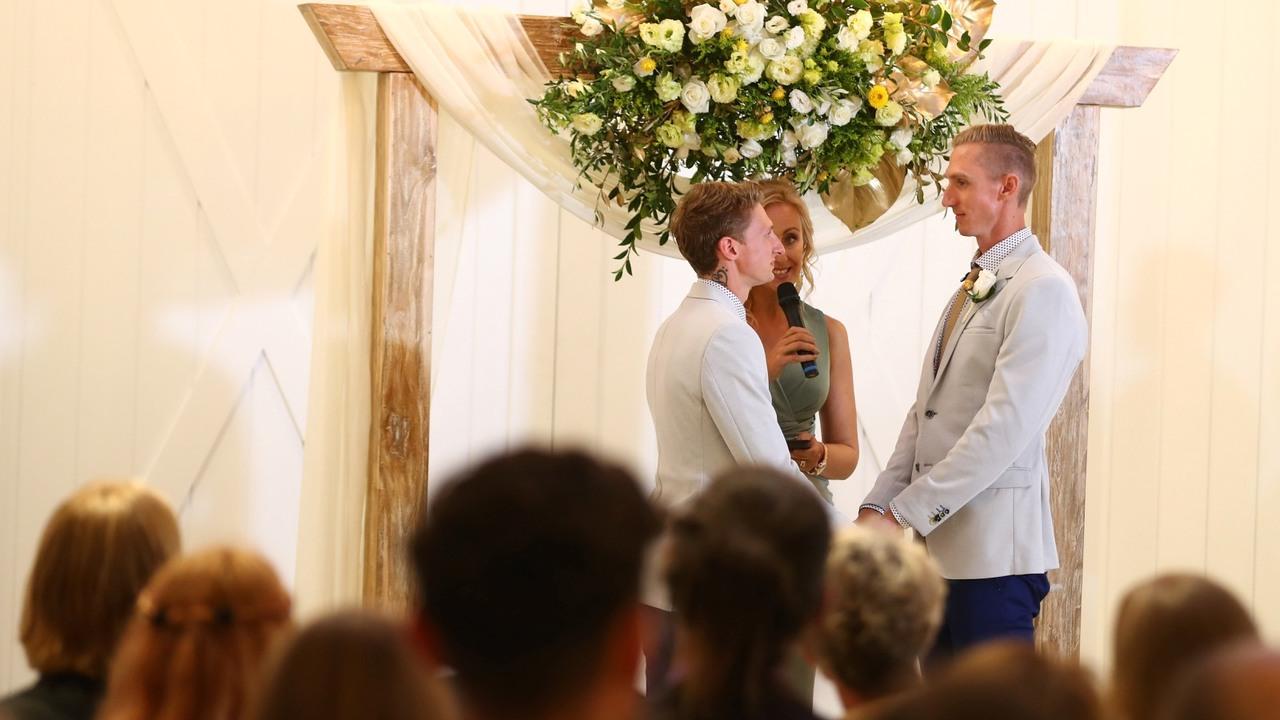 However, same-sex couples had to wait another month before they could tie the knot due to Australian law requiring 30 days of notice before getting married.

The waiting period expired on Tuesday with some couples wasting no time and marrying just minutes after midnight.

Australian Commonwealth Games sprinter Craig Burns and his now-husband Luke Sullivan, also an athlete, were one of those couples, marrying each other in a midnight ceremony attended by 50 family and friends in New South Wales.

"People I have never met I don't know who are just sending love and congratulations, it's really touching," Sullivan told the Australian Broadcasting Corporation (ABC) on Tuesday.

Ron van Houwelingen and Antony McManus were another couple who wed on Tuesday following 30 years together and 16 unofficial wedding ceremonies.

"Our first wedding was on our sixth anniversary, that was a big deal with family and friends," Van Houwelingen said.

"Most of the others have been more protests - we've renewed our vows at rallies, married on TV and on radio. They've been a statement in the fight for marriage equality."