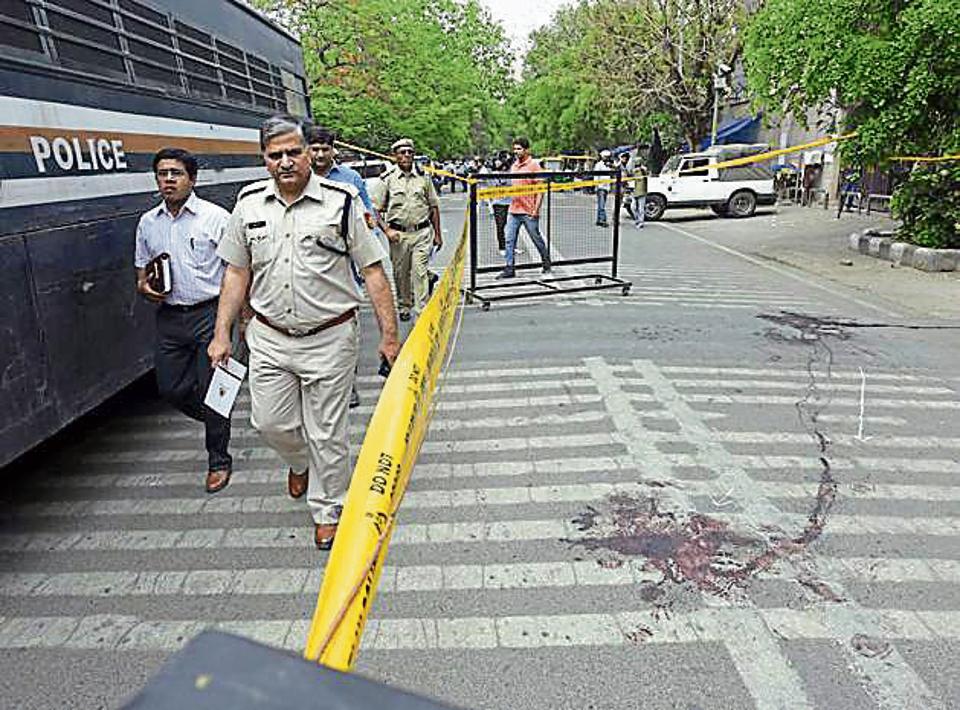 A man was shot dead in a firing at Rohini court premises. In this case the police have captured the attacker from the spot. Initially these firing is being reported due to mutual gang wars.

Vinod alias Balle, was produced by the staff of Third Battalion in Rohini Court, said Rishi Pal, Deputy Commissioner of Police (Rohini). While he was being taken back, he was shot at by an assailant at 11.20 am. The accused was arrested from the spot and the weapon of offence seized, he said. It is suspected that the accused posed as a litigant. Vinod was taken to Baba Saheb Ambedkar Hospital where he was declared brought dead, said the officer. This is the second such incident near the court complex. In April, a 38-year-old undertrial was shot dead there.