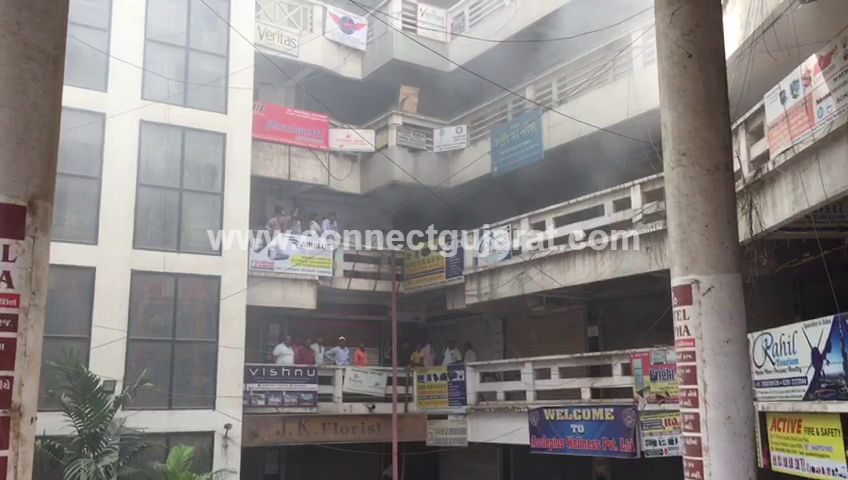 A fire inside the second floor meter at Phoenix complex in Vadodara once again showcase the laziness of following fire safety norms inside the complex. The fire equipments are found to be of no use and fire department reached the spot immediately to control the fire before it spreads to the other floors. No one was injured in the incident but a major tragedy was averted due to timely action by the firemen.

As per details the ten floor complex is having around 200 offices and not having any proper fire safety arrangements in case of emergency. On Thursday around 1 pm in the afternoon the second floor electric meter caught fire due and spread quickly with thick smoke to other floors and offices. People in sense of urgency ran out to safety and informed the fire brigade about the fire.

The fire teams reached the spot immediately and first try to douse the fire from the hose pipe installed in the building. However the equipment turns out to be just of no use and the firemen called the water tanker to control the fire.

The locals also point out the laziness about not having proper fire equipment’s to control the fire. To everyone’s luck the fire don’t spread to other offices and floors as fire department control it in time with control flow of water. This is yet another case of serious negligence on the part of people to place the fire equipment’s in working condition for any emergency.