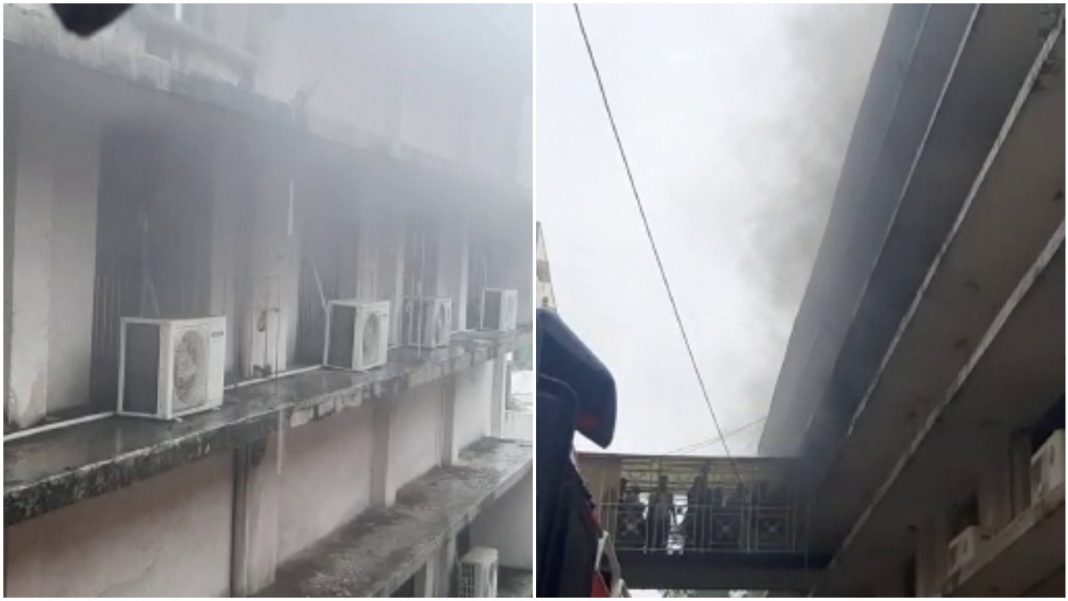 Fifteen children including infants were saved and no casualties reported in the fire inside the Paediatric ward of the SSG hospital in Vadodara. The fire in the afternoon shocked the patients and families as they ran for safety.

As per available details the fire suddenly started at the third floor of the children ICU at paediatric ward. The on duty staff and families present there immediately moved the children and infants admitted there to safety. The scene at the hospital was tense as the families are worried about their children, grand children admitted inside the ward.

Fire brigade was immediately called and they started control the fire. However they find it difficult to control fire initially due to lack of fire equipments at the paediatric ward.

Fire brigade rescued all the children and tried to control the fire. All had a sigh of relief as no one was injured in the fire.