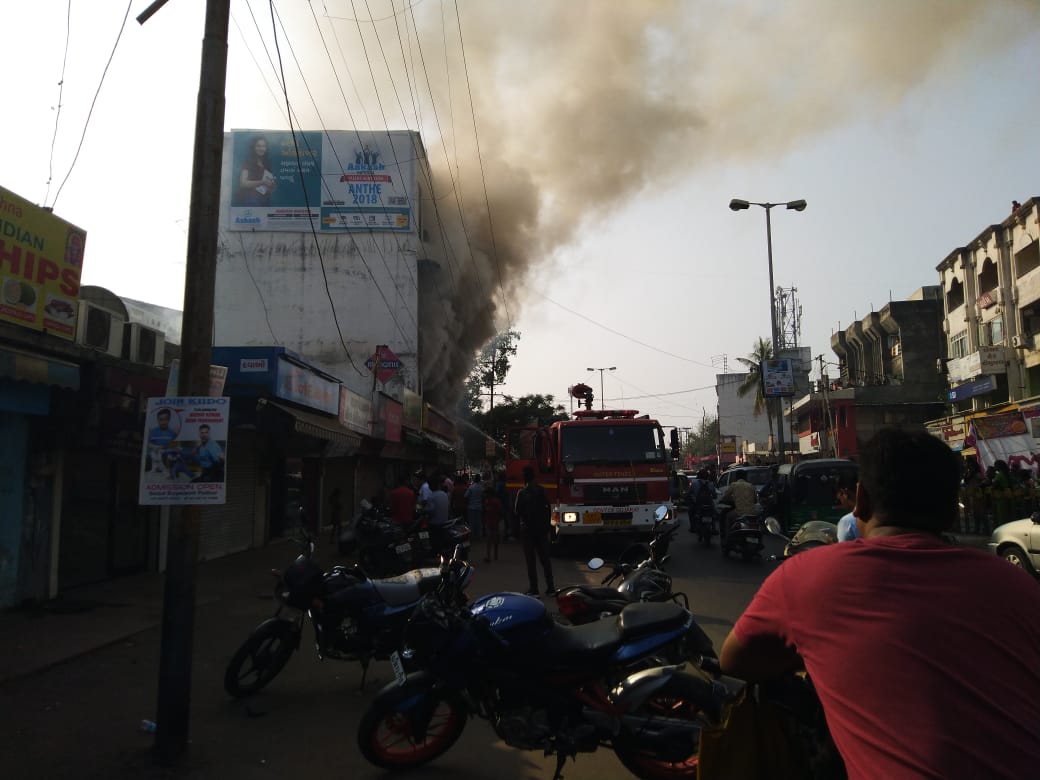 No casualties was reported after a medical store situated inside Sheetal complex in Vadodara caught fire on Friday morning. The loss was estimated to be around 10 lakhs as the medicines gutted in the fire. After a two hours operation the fire brigade managed to douse the fire.
As per the details Sheetal medical store inside the complex near Shreyas school in Manjalpur caught fire on Friday morning. The two floor store was started around 9am as per daily schedule where the first floor is used to stock the medicines.

Two fire tenders from Dandiya Bazaar and GIDC reached the spot after the message and control the fire in about two hours operation. No casualties was reported but a loss of 10 lakh is estimated in the fire.

Short circuit is believed to be the reason for the fire and resulting in cutting off the electric supply in the area. Traffic was also disrupted for sometime after people gathered at the spot.