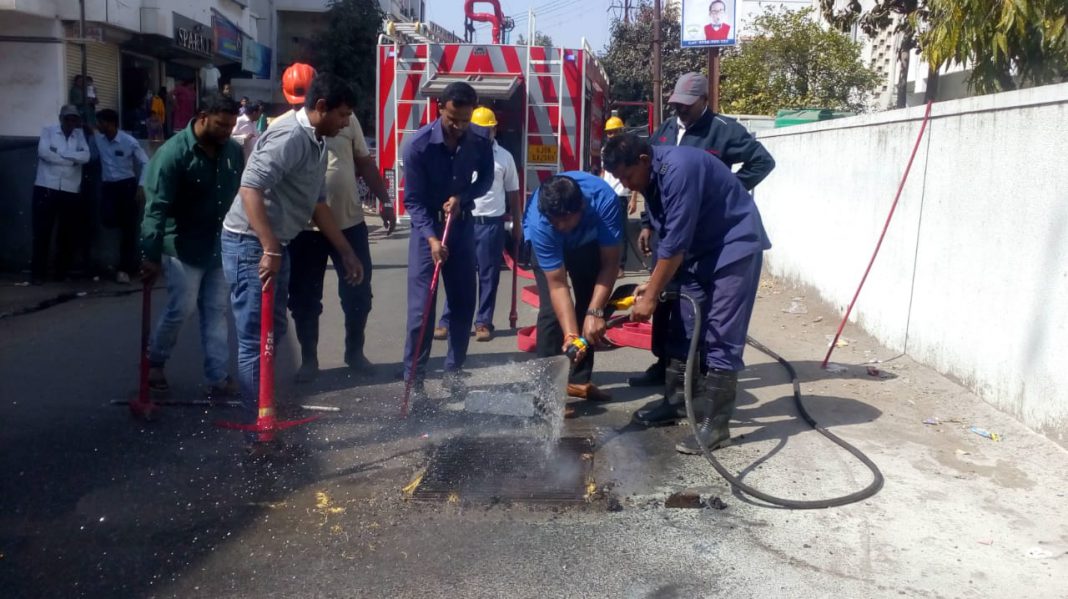 A manhole suddenly caught fire in the Nizampura area of Vadodara city on Monday. The incident happened during burning out of kite strings by the MGVCL. Fire brigade rushed to the spot and doused the fire in time.

As per details the MGVCL was engaged in burning out the kite strings stuck in the electric wires at Nizampura area. As per sources a spark dropped on the cover of the manhole and it suddenly caught fire.

People rushed to the spot and one of the garage owner tried to douse the fire but failed. Later fire brigade was called and they controlled the fire immediately after reaching the spot. However they had a sigh of relief as no loss was reported in the incident.