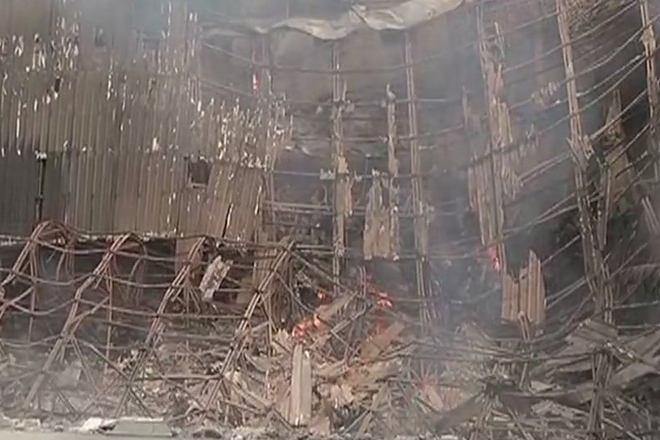 There is a fire reported in Mumbai’s famous RK studio and six vehicles of fire brigade were immediately sent to the spot. Apart from this, five water tankers have also been dispatched to the spot to control the fire.

According to preliminary information, the fire caused due to short circuit and the pictures showed large flames of fire rising from there. However, there is currently no information about the casualties reported.

According to the Information, this fire started on the set of TV show ‘Super Dancer’. Although there was no crew on the set today due to Saturday. The judges of the TV show include Shilpa Shetty, Anurag Basu and Geeta Kapoor.