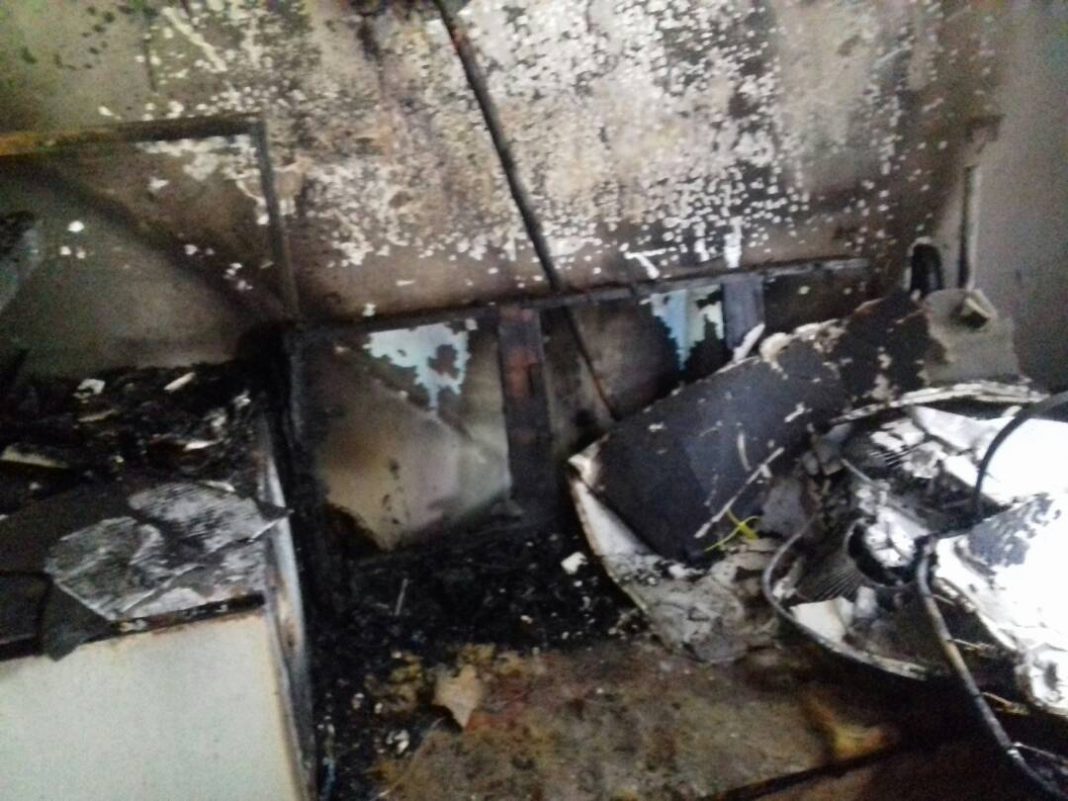 On Sunday night fire spread inside Dena bank situated in Kalamandir Khancha in Vadodara. The fire spread due to short circuit and engulfed the Air conditioner, furniture and all destroyed in the fire worth around 8 lakhs. However the important papers and 35 lakh cash kept inside was miraculously saved in the fire.

F.K. Pathan manager of the Mangalbazaar branch of Dena bank said that after the winds and rains striked in Vadodara on Sunday night the fire spread inside the bank at around 2.30 am at the branch. The furniture and other items were destroyed in the fire but they had a sigh of relief after they found the 35 lakh cash intact and safe.

The bank also make temporary arrangements in Raopura and Ajwa road branches for the customers. The fire if spread more might engulfed nearby shops and establishments inside the Mangalbazaar. The fire brigade team controlled the fire in time before it spread further. On Sundaynight strong winds creates much havoc in the city with many big trees are uprooted in various areas but the fire brigade reached the spot in time to control the fire inspite of various rescue calls.