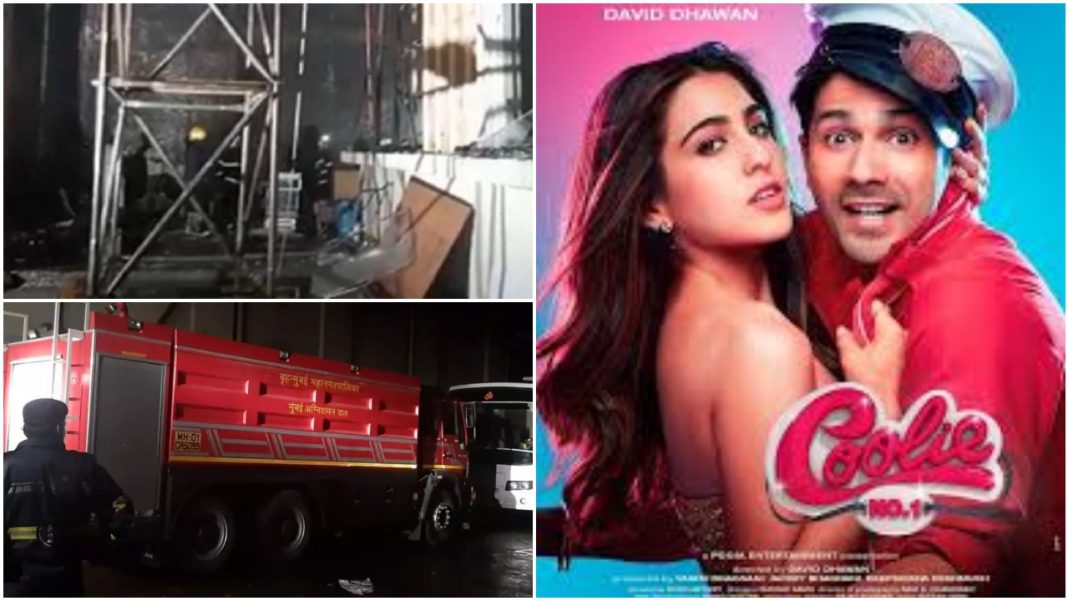 Coolie No 1 is an official remake of the 1995 film of the same name. The original comedy was also directed by David Dhawan and starred Govinda and Karisma Kapoor.

Coolie No 1 is the first in which Varun and Sara are paired together on screen and the second time Varun is working with his dad David. The film also stars Paresh Rawal, Rajpal Yadav, Rajat Rawail and Johnny Lever. It is set to release on 1 May, 2020.

A huge fire broke out on the sets of David Dhawan’s “Coolie No. 1” remake starring Varun Dhawan and Sara Ali Khan late on Tuesday night 10 September.

The incident reportedly took place around 12:30 am at Filmistan Studio, Goregaon, Mumbai where the film’s shooting process was going on.

Police and fire brigades arrived at the scene immediately Byculla Fire Station confirmed that the  fire was brought under control soon enough.Most of the crew was not present at the set and there are no injuries or casualties.

However, the set itself has suffered major damage. The cause of the fire has not yet been uncovered.