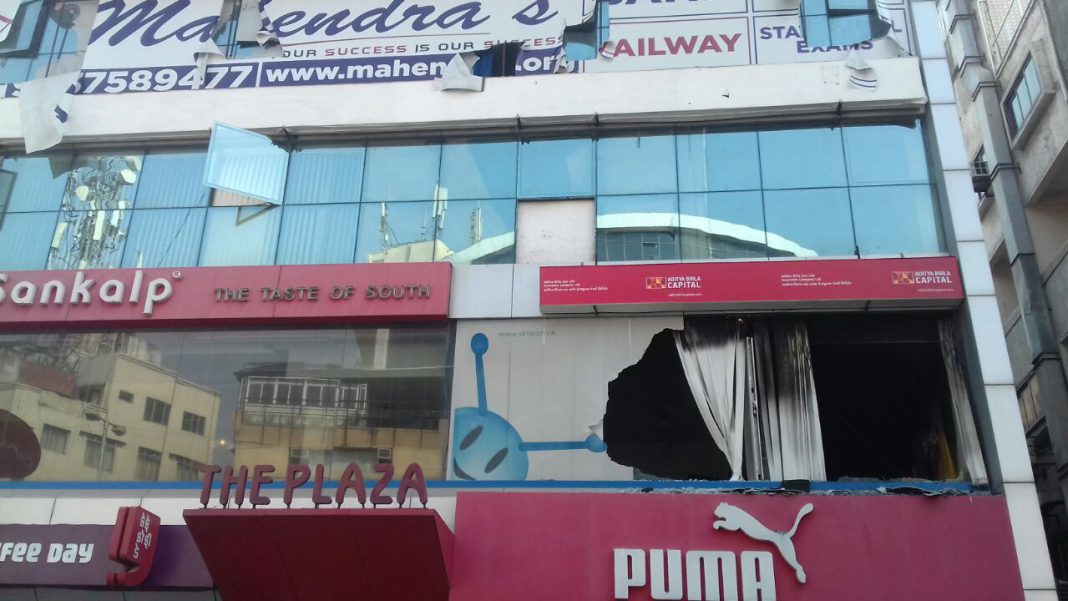 Big fire occurs in the Aditya Birla Sunlife insurance company situated in The Plaza building at Fatehgunj area of Vadodara city. However no casualties was reported in the fire and the fire brigade control the fire it spreads further.

As per the details the offices, restaurants, class, showrooms situated in the building opened as per their routine including the insurance office. Suddenly black smoke comes out of the office and the employees started shouting about the fire inside and went downstairs. The other one present inside various offices and students inside the classes also rushed downstairs due to the fire.

As per the employees of the insurance company the fire starts from Airconditioner and spread to a big fire. A.C. computers, furniture and other things were destroyed in the fire. The loss was not exactly known but everyone has sigh of relief as no casualties reported in the fire.