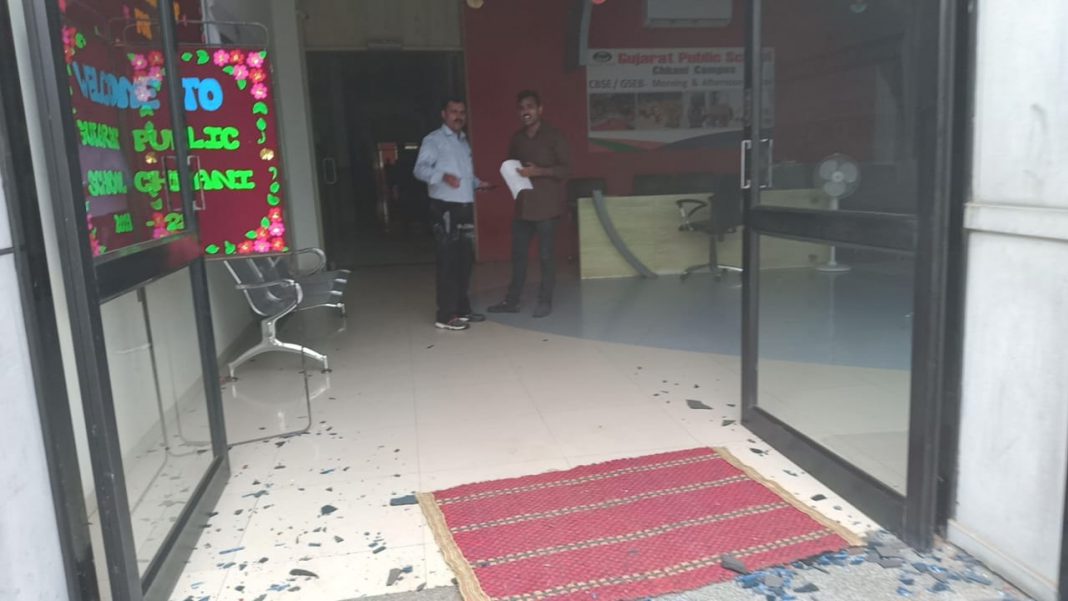 Vadodara fire brigade received a fire call from Gujarat public school where they found flames and smoke inside the computer room. They immediately control the fire and issue the notice for not acquiring NOC from the fire department.

As per details the fire department received a call about fire from Gujarat Public school and immediately reached the spot. The fire team found fire and smoke comes out of the computer room situated on 2nd floor of the building.

The team control the fire and broke the glass window for smoke ventilation. The cause of fire was inappropriate wiring which leads to fire. Fortunately students are not in the school due to Saturday. The fire department also found the school running without fire NOC and notice was issued to them.