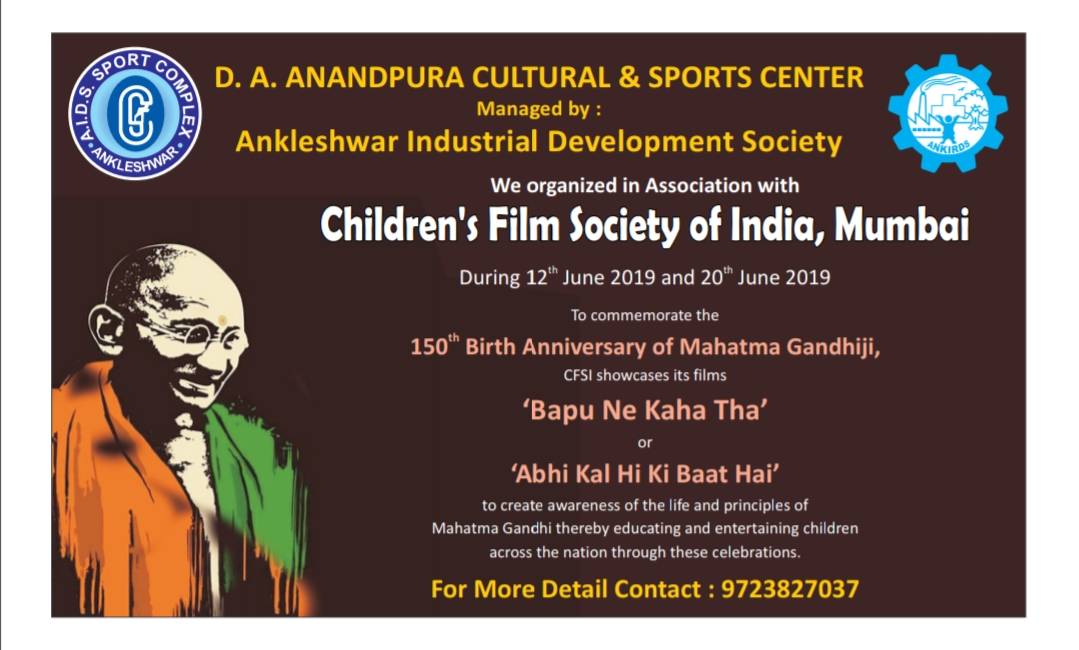 Aim to inculcate moral values and teachings of Gandhi

To commemorate the 150th Birth Anniversary of Mahatma Gandhi a Film Festival on his teachings is going on at AIDS sport complex in Ankleshwar. The aim is to inculcate the moral values about the teachings of Gandhi and sensitise the society on Swachh Bharat Mission.

D.A. Anandpura Cultural and Sports Centre Managed by Ankleshwar Industrial Development Society in association with Children's Film Society of India Mumbai is running the fest for the school students. CFSI showcases its films ‘Bapu Ne Kaha Tha’ or ‘Abhi Kal Hi Ki Baat Hai’ in order to create awareness of the life and principles of Mahatma Gandhi thereby educating and entertaining children across the nation through this celebrations.

Total of six film are going to be showcase at the film fest purely to sensitize the society for compliance on Swachh Bharat Mission and to create awareness about cleanliness and hygiene.

"Last year we held the fest purely on subjects related to entertainment and education. This year as we are celebrating 150 year birth anniversary of Mahatma Gandhi we decide to show films based on his principles and the Swachhta mission. We are expecting more students to visit the fest and also approaching to rural Schools nearby GIDC through mobile education van," said Krishna Maharaul administrator A.I.D.S. sports complex.