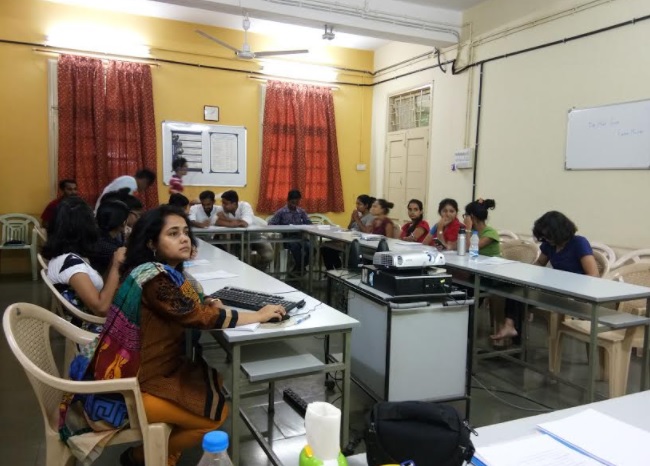 A two day Film Appreciation Workshop on ‘Representation of Gender in Indian Cinema’ conducted by the Women’s Studies Research Center explored the non-Eurocentric modes of analyzing cinema (both mainstream Hindi language popular and regional/avant-garde/independent) produced in India from the early 20th century to the present.

The workshop aimed to formulate a de-centered vision in revisiting contested terms such as “subject,” “modernity,” “femininity”, “masculinity” and “identities”. The Workshop was open for the Students of The Maharaja Sayajirao University of Baroda.

Around 25 students from the Faculty of Arts, Commerce, Family and Community Sciences,
Journalism and Communication, Science, Law, Department of Human Development and Family Studies, Political Science and Institute of Fashion Technology participated in the workshop.

The workshop focused on the changing norms, identities, and fusion of Traditional and
Contemporary Indian Cinema, where women are often represented as an object and subject. Men, on the other hand had glorifying roles as heroes. Comparison of South Indian Films and Bengali Cinema, where glorifying of male heroes takes the lead role in the former.

The workshop further discussed about Reinterpreting and bridging the critical theory and
everyday reality, Overview of gender in Indian cinema, and the Influence of filmic gendered
representation on contemporary Indian television.

The resource person for the workshop was Dr. Ananya Ghoshal, Academic Fellow at the Forum on Contemporary Theory and Balvant Parekh Centre for General Semantics and Other Human Sciences, Baroda.

Dr. Ghoshal hass presented her work on Indian and European cinema at various universities in India and abroad. She has published journal articles and book chapters on the works of Satyajit Ray, Ingmar Bergman, and Andrei Tarkovsky and her major areas of interest include word and music studies, film studies and visual culture, the Anthropocene
narratives, graphic novels and digital humanities.