More
Home Gujarat We will Field Candidates on all 182 Seats; Vaghela 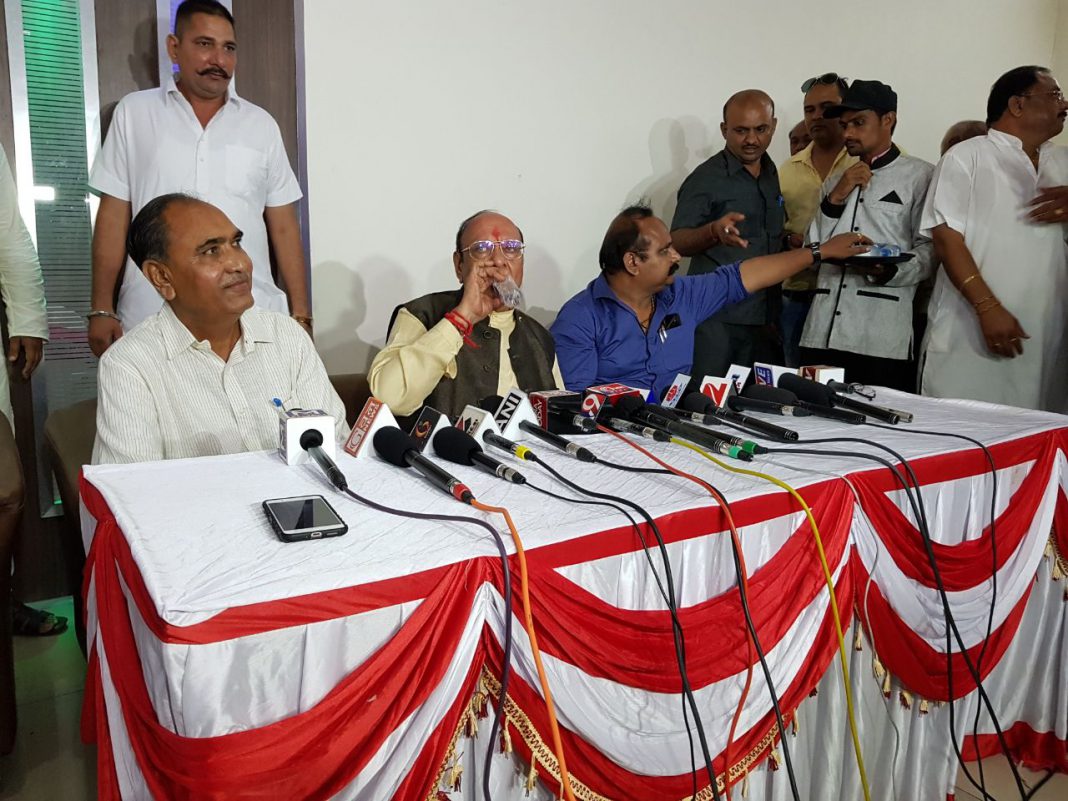 Veteran leader Shankarsinh Vaghela said that, They will field candidates at all 182 seats and give the people a option of third front. He also makes clear that they will not go for any coalition with any party in the upcoming Gujarat elections.

Vaghela reached Vadodara through Bodeli, Halol and other areas in the form of a Jan Vikalp rally which happens to be the name of their party. He said he is there to listen to the people problems and go with 10 points agenda in between them.

“From 21st I started the campaign after taking the blessings of Maa Amba. With my bitter experiences with both the BJP and Congress parties I decide to give people the right to choose their candidate and government. The mantra is select your candidate, elect your candidate, form your government. I goes between the people with a 10 points agenda and listen to their woes,” said Vaghela.

He further said that they will field candidates in all 182 seats and don’t go for any coalition. He said they are trying to give people the choice of third option.