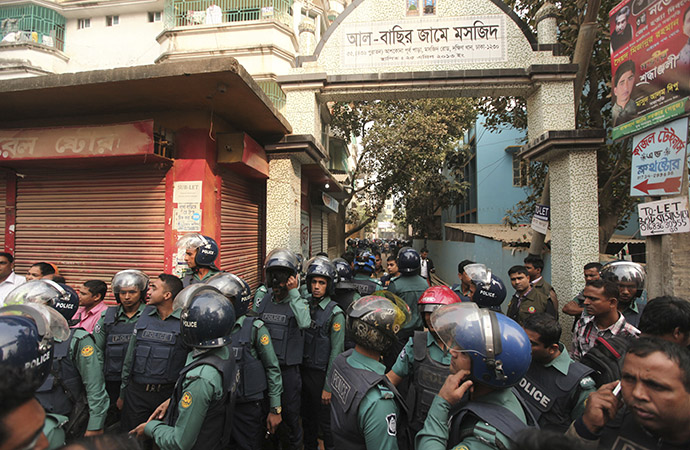 A female militant was reportedly killed as she blew herself up when Dhaka police, who were looking for Islamist radicals, raided a building on Saturday.

“Militant Suman’s wife came outside and detonated her suicide vest. Militant Iqbal’s daughter was with her,” a counter-terrorism official said.

The police were yet to confirm whether the woman was dead but mediapersons at the scene spotted her lying on the ground, badly injured and bleeding, BD News reported.

Police have taken the child to a hospital.

Earlier four men had come out of the building and surrendered to police.

This was the second such case when a woman tried to detonate explosives to avoid arrest by police.

When Bangladesh police in 2010 arrested most-wanted Jamaat-ul-Mujahideen Bangladesh (JMB) explosives expert Boma Mizan here, the militant’s wife detonated a bomb in their house in an attempt to kill themselves. Both survived.