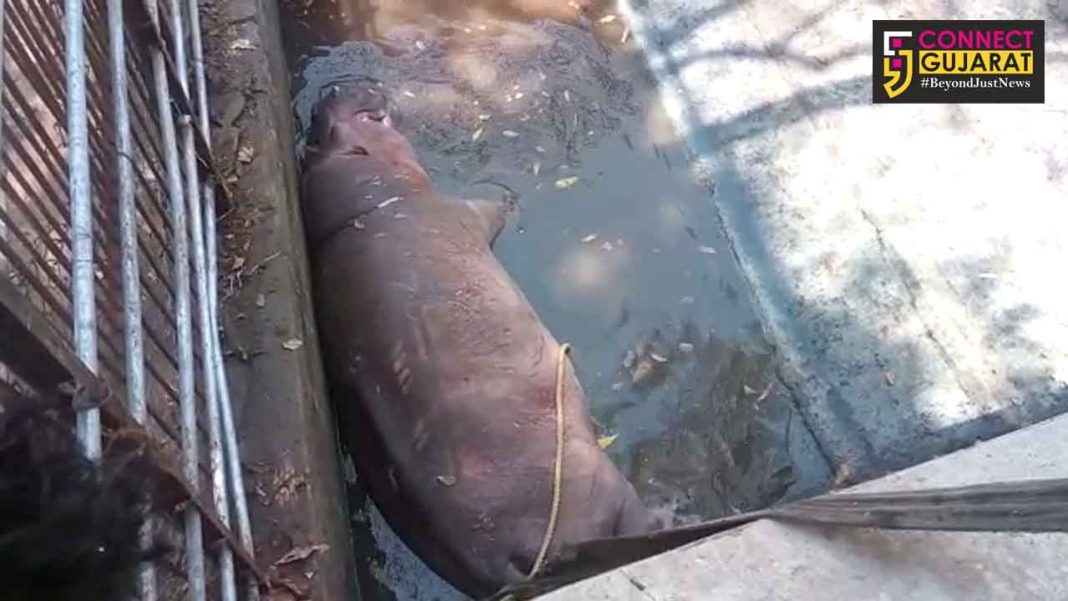 In a surprising act the female hippopotamus inside the Sayajibaug zoo injured the male after entered into the enclosure. The female broke the fencing and had a fight with the male late midnight.  Zoo authorities used crane to lift the male hippo due to the injuries on his back legs.  However the baby and the mother is safe.

As per available details the female hippopotamus surprisingly broke the enclosure and entered into a fight with the male.  Both were kept separated after the birth of the baby.  The male hippo was seriously injured and had to lift from the place with the help of a crane. The incident even shocked the zoo authorities.

“It’s very surprising that the female hippo enterd inside the enclosure of the male and they had a fight resulting in injuries to the much heavier male.  We lift the injured hippo with the help of crane and our veterinary team give analgesic medicines to him and closely keeping a watch.  The act is surprising as how the female hippo broke the enclosure and entered into a fight, ” said Pratyush Patankar zoo curator.