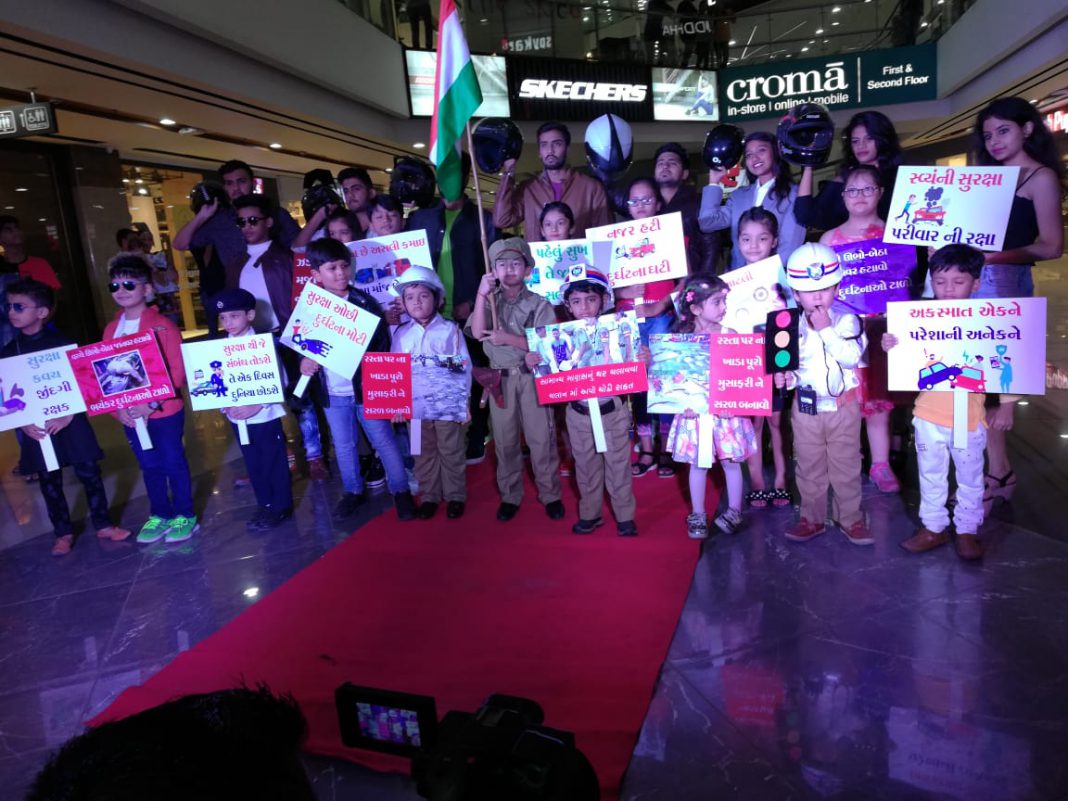 As government strictly implementing the new revised traffic rules all across the country, people are still not completely accepting it and raise their protest against the hefty fines. Traffic Police department is trying it’s best to spread awareness in people about their safety and organise many programmes time to time.

One such programme was organised in Vadodara city on Friday evening where models spread the traffic awareness in a unique way. Around 40 odd models from 5 to 25 age group wearing helmets and other safety gears to sensitise people about following rules for their own safety. The models also carrying placards with messages on traffic rules and road safety gives the audience a sense of responsibility to support the government.

The whole theme was conceptualised by fashion photographer and choreographer Sandeep Rathod to spread the traffic awareness in people. “This platform is effective one as fashion models easily spread the message to their fans and admirers. Just like filmstars people follow the models and the idea is to use helmets on the ramp is to make it a style statement which ultimately save their lives,” said Rathod.

Other than traffic the organisers highlights the local civic problems like bad roads, cows and other animals roaming free on roads proved to be dangerous for the riders. They request the government to resolve the issues at the soonest to make the road safe for riding and people follow the traffic rules.

The organisers welcome the government decision for implementing the rules and request to ease the fines and make facilities for the people to get the helmets and PUC easily.

The programme was well appreciated by the participating models and parents as it spread the message in their children from the start and they in turn inspire their parents and others to follow traffic rules for their own safety.