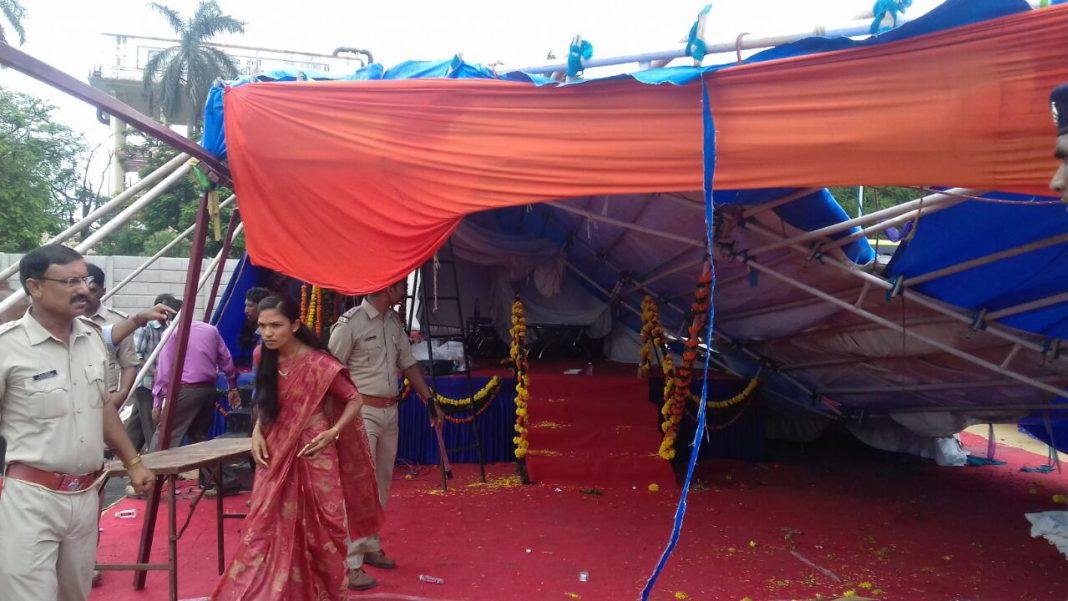 State Home Minister Pradipsinh Jadeja on Saturday has done the ground breaking ceremony of the new Panigate police station on the open ground of demolished Sulemani Chawl. However after the programme the Shamiyana fell down due to heavy winds and rain and many people had a close shave as they saved themselves from stuck under it. However if the programme get delayed for 10 minutes then there might be heavy causalities there. 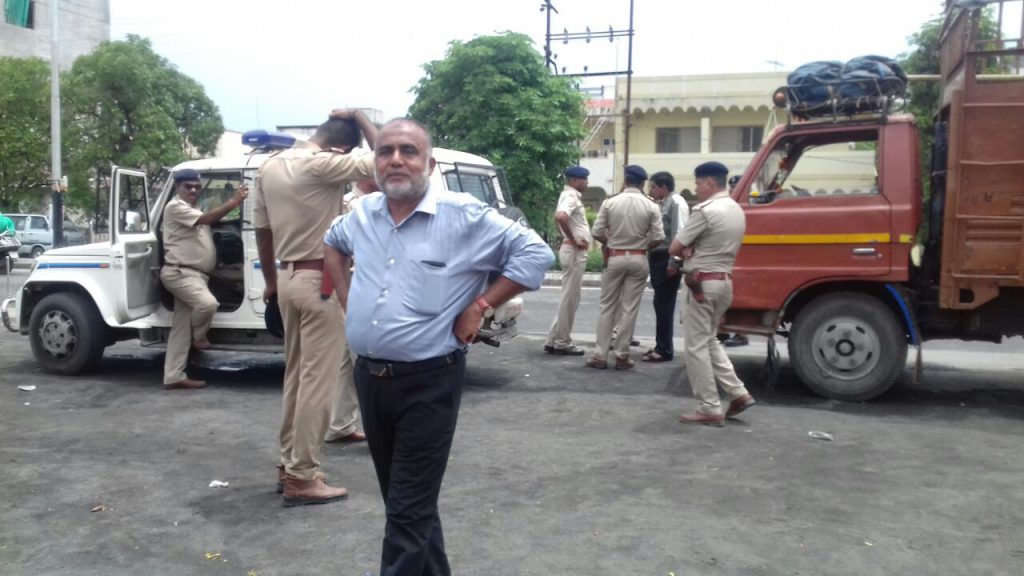 As per the details the police department is going to built the modern police station on the demolished Sulemani Chawl ground with 1.5 crore cost. For that there was a ground breaking ceremony on Saturday where the State Home Minister Pradipsinh Jadeja remains present there. After the ceremony the minister addressed the big gathering of people which included BJP leaders also. A big Shamiyana was also there for the meeting. 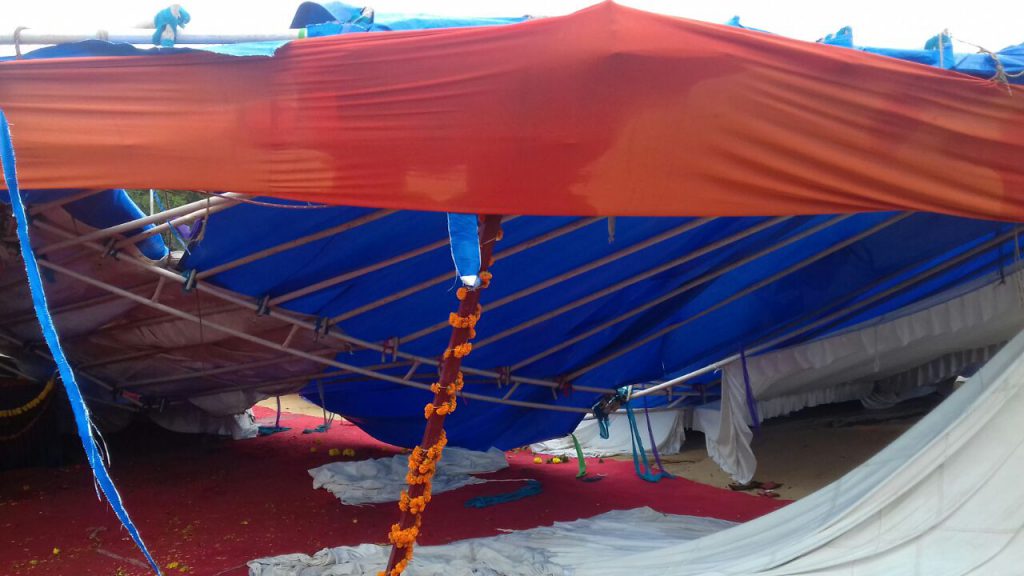 The police reached the spot and rescued the people stuck under the Shamiyana and had a sigh of relief as there was no casualties. However if the programme get delayed by 10 minutes then there might be big casualities and also the minister left the spot along with his team.