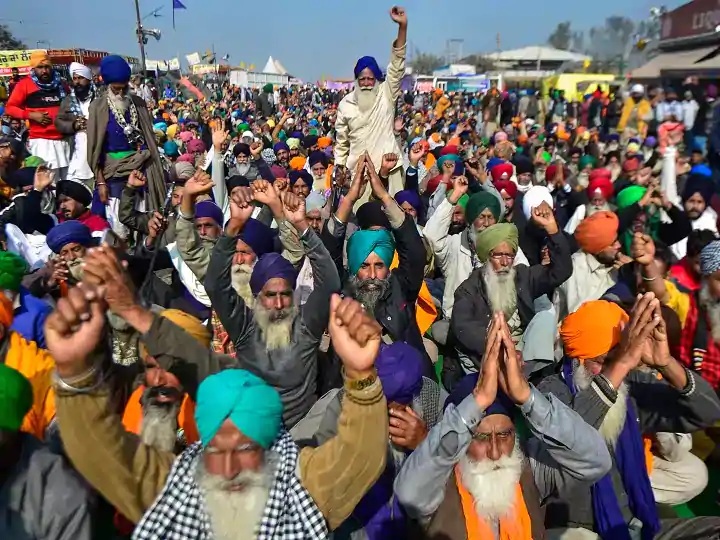 Protesting farmers on Monday gave a call for a nationwide agitation on February 6. This comes even as thousands of farmers are protesting against the three contentious farm laws at the borders of Delhi for more than two months now.

“There will be a country-wide agitation on February 6. We will block roads between 12pm and 3pm,” Balbir Singh Rajewal of Bhartiya Kisan Union (R) said, according to sources.

The farmers made the announcement during a press conference at the Singhu Border that they will block national and state highways for three hours to lodge their protest.

The road blockade has been called by farm union to reinforce their demands of the repeal of the farm laws, against the suspension of internet and barricading of roads, and against the budget announced on Monday.

This announcement from farmers comes amid tight security measures by the Delhi Police near the protest sites where buses of the Delhi Transport Corporation (DTC) are being used to seal main entry points amid other multi-layered security arrangements and checkpoints both by the police and farmers’ union volunteers.

Ghazipur, the new focal point of the ongoing farmers’ agitation, also witnessed heightened restrictions on Monday even as it continues to aggrieve Delhi, Noida and Ghaziabad commuters.

The Delhi-UP border site, which is galvanising farmers from Rajasthan, Uttar Pradesh and Uttarakhand days after BKU leader Rakesh Tikait’s emotional appeal, is a fortress in the making with security arrangements being amplified with every passing day.

As the farmers alleged that they have been “ignored” in the Union Budget 2021-22, they also pointed out that water and power supply have been curtailed at their protest venues.

The Samkyukt Kisan Morcha, also alleged that the Twitter accounts of Kisan Ekta Morcha and a user named ‘Tractor2Twitter’ have been restricted. While the accounts on the social media site remained restricted in India for the whole day, they were restored slowly by Twitter around late evening.

Swaraj Abhiyan leader Yogendra Yadav alleged the action against the Twitter account was taken on the “request of government authorities”. The Union government, Yadav said, has “reduced the allocation to agriculture sector” in this budget.

This comes as the government claims that they have introduced a slew of measures to aid the agricultural sector. During her budget speech, Sitharaman said that there is a steady increase in the procurement of wheat, rice, pulses from farmers.

The finance minister also said that the Minimum Support Price (MSP) regime has undergone a sea change to ensure the price that is at least 1.5 times the cost of production across all commodities.