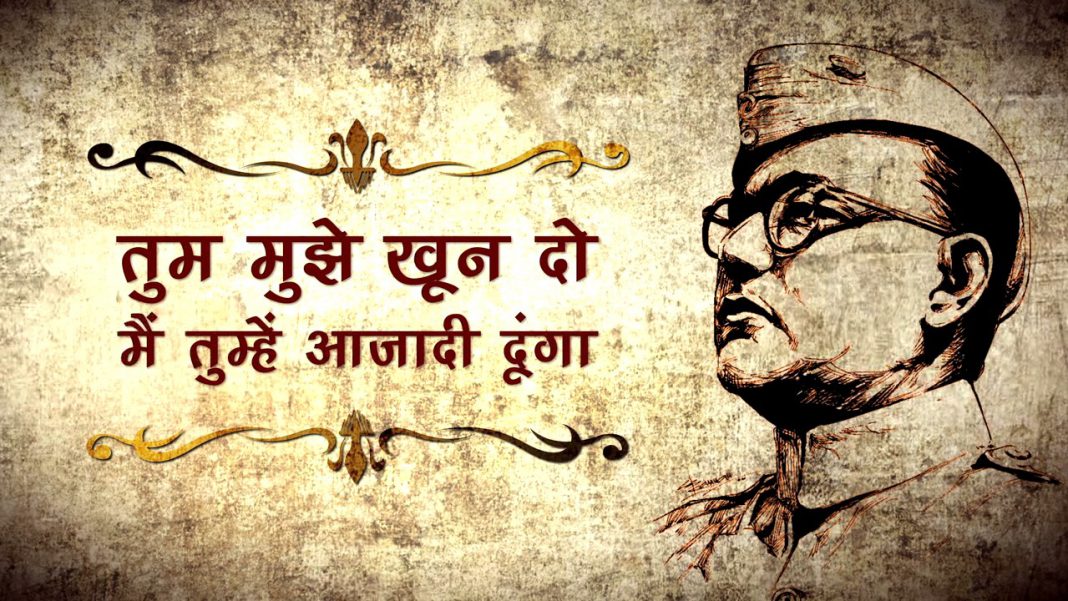 India, the name that makes your heart throb faster, the word that runs through your veins like blood, the feelings that make you unique anywhere around the world. Whenever you listen to the National Anthem, you get Goosebumps.

On 15th August or 26th January, when you hoist the flag at your school, building, and playground, you automatically hold your head high to show respect to the National Flag. These days remind you of those blood that the immortal freedom fighters had shed to free this country from the British bondage. How powerful they were that thousands of people didn’t care about their life and sacrifice themselves to bring independence? Yes, they meant a lot,and still, their words make you do something fruitful in life that, in turn, helps your country.

This is an Urdu phrase, used by freedom fighter Bhagat Singh, who believed to bring freedom to India, revolution is the only way. Yes, the meaning of the phrase is ‘Long live the Revolution.’

This is the famous quote, used by one of the greatest Indian leaders, NetajiSubhas Chandra Basu who urged the youth of India to join Indian national Army and give a tough fight to the British Rule. This means: ‘Give me blood,and I will give you freedom.’

This says, ‘We will face if the enemy shoots, but we were free and will be so.’ Chandrasekhar Azaad, one of the most colorful characters of Indian freedom struggle, said this after the JallianwalaBagh Massacre.

Uttered by Marathi leader, BalGangadharTilak, which has brought a huge upsurge throughout the country and people didn’t think twice to jump into the struggle for freedom.

It has been used in several patriotic movies. Originally, this is a patriotic poem, written by BismilAzimabadi aka RamprasadBismil. Later, it became the chant of freedom fighters who forget everything for their nation.

‘It is the truth that only triumphs.’ said by PanditMadan Mohan Malaviya during those days of freedom struggle. Later, it became the national motto of India. It is inscribed at the base of the national emblem.

These are few blood-churning slogans that dragged people out of their peaceful life,and they sacrificed themselves for the freedom of this country. Respect to all of them and you should try to follow their path in life.