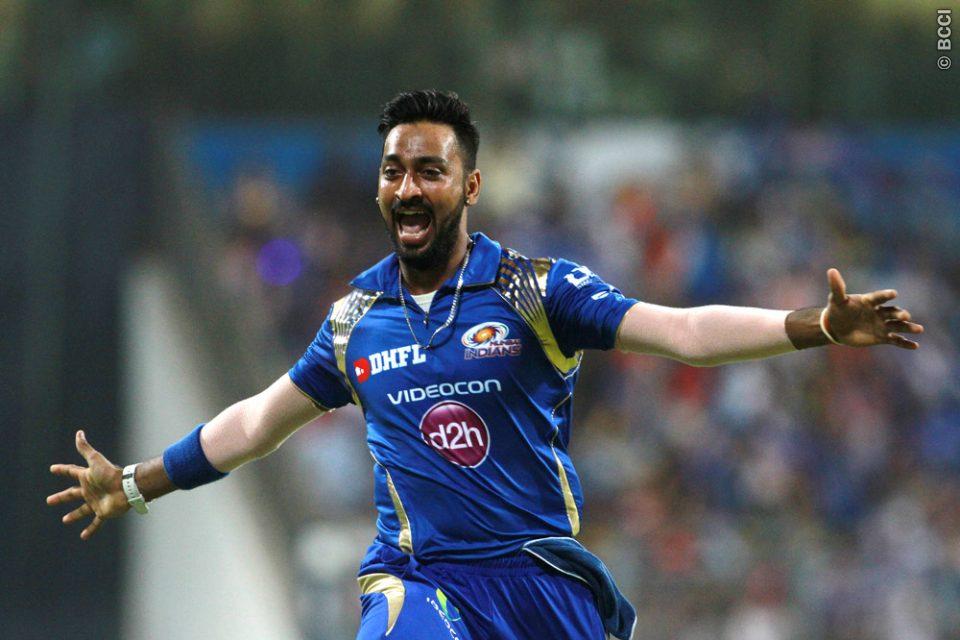 Mumbai Indians beat Rising Pune Supergiant by just one run in a thrilling match on Sunday night. The bowlers defend the small total with their disciplined bowling and kept the Pune batsmen calm and taking wickets in crucial times. However the Vadodara lad Krunal Pandya once again proved himself and played the crucial innings of 47 and took his team to a respectable total to defend.

Playing in his first IPL Krunal Pandya proved his all round capabilities which makes the team management to believe him. The cricketer from Vadodara is a busy cricketer and always looking for runs when on crease and keeps the score board ticking. On the most important final on Sunday the south paw once again proved himself and score important runs for the team. Came to the crease at a crucial time he kept the one side intact and score runs when the wickets are falling at the other side. He played sensibly and bat till the end to take the team score to a respectable one to defend later.

Later he bowled sensibly along with other bowlers to defend the small score of 130 runs. With the sensible and brilliant bowling by the bowlers Mumbai Indians won the thrilling match by just one run and lifts the IPL crown for the third time. Krunal Pandya was adjudged man of the match later in the post presentation ceremony in his first final of the IPL T 20 tournament.

The family of Krunal Pandya in Vadodara celebrate the occasion by cutting the cake at their home and his father Himanshu Pandya said that his son came into lime light after his wonderful innings which helps Mumbai Indians to win the crown.

Himanshu Pandya said that the thrilling match between Mumbai Indians and Rising Pune Supergiants was the perfect final of any tournament. However they saw the match on mobile as the electricity supply went off after the windy situation and unseasonal rains in Vadodara. However watching the match on mobile is not so thrilling but to their delight the supply was restored when Pune need seven runs in just three balls.

The Pandya family in Vadodara celebrate the occasion by cutting the cake and then send their best wishes to both Hardik and Krunal Pandya in Mumbai. Himanshu Pandya said that he hope that both of his sons will continue the same performance in upcoming tournaments and his blessings are with them and all the Indian team.